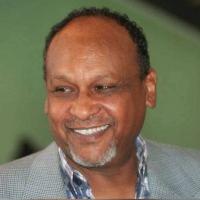 Dyab was arrested at his law firm in Khartoum by officers of the National Intelligence and Security Service (NISS) on January 30, 2019. He was released on February 22 after having been subjected to enforced disappearance since his arrest.

On January 30, 2019 at around 3 p.m., members of the NISS dressed in civilian clothes arrested human rights activist and lawyer KamalEldin Awad Elgzoli Dyab at the office of his law firm in Khartoum without showing any warrant. Following the arrest, Dyab was taken to an unknown location.

At around 4 p.m., Dyab was able to call his family to inform them of his arrest. However, he could not tell them where nor why he was being detained. As he suffers from diabetes and had undergone major open heart surgery three years previously, Dyab informed his family that he urgently needed medicine and clothes.

In the evening of January 30, Dyab’s family went to the reception desk at the NISS headquarters in Khartoum to bring him clothes and medicine. The family was later informed unofficially that, while he received the medicine they brought for him, Dyab never received the clothes his family had left at the NISS reception desk.

After the family repeatedly enquired about his fate and whereabouts with the NISS on January 30 and on February 2 and 5, the NISS acknowledged holding Dyab in their custody. However, they have not provided any official documents, and have refused to provide any information about his whereabouts.

February 22, 2018: Released.
February 21, 2019: MENA Rights Group requests intervention of UN Working Group on Enforced or Involuntary Disappearances.
January 30 – February 5, 2019: Family submits several enquiries about Dyab’s fate and whereabouts to the NISS.
January 30, 2019: Dyab is arrested by the NISS at his office in Khartoum and taken to an unknown location.