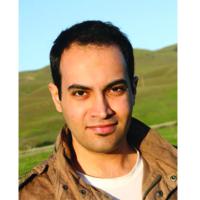 Al Sadhan was arrested on March 12, 2018 by agents of the State Security Presidency. After nearly two years of enforced disappearance, in mid-February, 2020 Al Sadhan was allowed to make a call to his family. His family only heard from him again one year later, on February 22, 2021. On March 3, 2021, he was brought to a secret trial before the Specialised Criminal Court (SCC) for running two satirical Twitter accounts critical of the repression and human right violations of the Saudi authorities. On April 5, 2021, the SCC sentenced Al Sadhan to 20 years in prison, followed by a travel ban of another 20 years. On October 5, 2021, the SCC appeal chamber confirmed the sentence. A court proceeding before the Saudi Supreme Court is still pending. Since the appeal, his family has received no news as to his fate and whereabouts.

At around noon on March 12, 2018, agents of the State Security Presidency dressed in civilian clothes arrested Al Sadhan from his place of work at the Red Crescent Authority in Riyadh. They confiscated his phone before taking him to an unknown location. They did not show an arrest warrant, nor did they give any reason for the arrest.

The next day, neighbours reported that they saw a group of men dressed in police uniforms forcefully entering his house. As they were walking out of the property, they were spotted removing a laptop and personal belongings.

In October 2018, Al Sadhan was allegedly seen at Dhahban Prison in Jeddah, Saudi Arabia, by co-detainees. Though the family has been unable to confirm whether he was held at Dhabhan Prison at any point, they learned that Al Sadhan was subjected to severe torture and sexual harassment while held in a secret location during his first year in detention, which includes, but is not limited to: electric shocks, beatings until he was unconscious causing broken bones and hospitalization for several days at the Intensive Care Unit, flogging, hanging from the feet and suspension in stress-positions, threats of murder and beheading, insults, verbal humiliation.

In mid-February 12, 2020, Al Sadhan was allowed to make a call to his family. However, his relatives continued to be denied family visits and have not yet been officially informed of his whereabouts.

On February 22, 2021, Al Sadhan was allowed for a second time to make a call to his family. He was, moreover, informed that he would “be released soon” and that there were “no charges against him.”

In spite of the authorities’ affirmations, on March 3, 2021, Al Sadhan was brought to a secret trial before the SCC for having run two peaceful satirical Twitter accounts critical of the Saudi authorities’ repression and human rights violations, with one having over 170,000 followers. MENA Rights Group and Al Sadhan’s family strongly believe that Al Sadhan was identified as the author of the account by former Twitter employees charged with spying for Saudi Arabia.

In a second hearing on March 11, 2021, Al Sadhan was represented by a court-appointed lawyer. A document of over 200 pages containing tweets as “evidence” and confessions is presented. The “confessions” made by Al Sadhan were taken under duress and torture. His health appeared to be poor and deteriorated due to the deplorable detention conditions and the torture he endured.

On March 17, 2021, Al Sadhan’s lawyer presented his defence, refuting all allegations made against him. On March 22, 2021, his fourth hearing went ahead in the absence of his defence lawyer and his legal representative, which effectively left him without any legal representation.

On March 25, 2021, the prosecutor presented the court with new allegations, among them that Al Sadhan had not asked for a lawyer and had been visited by the Saudi Human Rights Commission in prison. His family denied these allegations and on April 1, 2021, his lawyer submitted a response contesting the claims. His family also learned that Al Sadhan is suffering from health conditions which he never had before as a result of poor detention conditions and the torture he endured.

On April 5, 2021, the SCC sentenced Al Sadhan to 20 years in prison, followed by a travel ban of another 20 years. Both his legal representative and his lawyer were hindered from attending the hearing and were only allowed to enter the court room when the decision had already been rendered. Al Sadhan was given 30 days to appeal the decision.

On May 4, 2021, Al Sadhan’s legal representative appealed the first instance conviction before the SCC appeal chamber.

On August 4, 2021, the appeal’s first hearing took place before the appeal court, during which Al Sadhan, together with his legal representative and lawyer, denied the allegations and argued that there was a lack of evidence supporting the sentence and that Al Sadhan’s confessions were obtained through torture and after years of incommunicado detention and solitary confinement. Moreover, they asked for a medical evaluation of Al Sadhan’s mental and physical health which had severely deteriorated as a result of the torture he endured and the many years of imprisonment. However, the judges did not act on this request nor did they order any investigation into the torture. The judges also ignored Al Sadhan’s request to be allowed family calls and visits.

Between the first instance’s sentence and the appeal’s first hearing, i.e., for a period of four months, Mr Al Sadhan has been held incommunicado. Indeed, he was denied any contact with his family and lawyer and was only able to meet with them during the hearings.

During the second hearing, on September 13, 2021, Al Sadhan was not present while his lawyer was. The trial was postponed by the judges because Al Sadhan had submitted an additional plea. After a first rejection and just several hours later, the lawyer was finally allowed to briefly read the oral argument in which Al Sadhan raised the fact that the Saudi judiciary system is de facto controlled by the Mabahith (the Saudi secret police), thus not independent and impartial, and that the charges were built on invalid legal grounds, violating Saudi laws and the Constitution. However, his plea was only officially shared the day after the appeal decision was issued.

On October 5, 2021, the final hearing took place, during which the SCC appeal court upheld the first instance’s ruling, thus confirming the sentence. The following day, the court shared the ruling with the lawyer, which did not list neither the names of the judges nor that of the Public Prosecutor, in violation of the Criminal Procedural Law. Al Sadhan was given 30 days to appeal the decision to the Supreme Court.

Since the appeal sentence, Al Sadhan has been held incommunicado and his family has received no news as to his fate and whereabouts. Though Al Sadhan’s family believes he is currently held in solitary confinement in Al Ha’ir prison, his place of detention is currently unknown. In light of this, on November 24, 2021, MENA Rights Group requested the WGEID to re-open his case.

On November 2, 2021, Al Sadhan’s legal representative challenged the decision rendered by the SCC appeal court before the Saudi Supreme Court. At the time of writing, the court proceeding is still pending.

On November 18, 2021, MENA Rights Group submitted Al Sadhan’s case to the UN Working Group on Arbitrary Detention, asking the Working Group to issue an Opinion as to the arbitrary nature of his detention.

The WGAD issued Opinion 30/2022 on April 5, 2022, in which it found that Al Sadhan is being detained arbitrarily. The WGAD maintained that his arrest and detention lack a legal basis due to, among other reasons, the lack of legal clarity of the Anti-Terrorism and Anti-Cybercrime Laws on the basis of which he was convicted. In addition, the experts stated that his detention stems from the exercise of his right to freedom of expression, for online comments expressing his views, and that he was deprived of his liberty “on discriminatory grounds, because of his political opinion.” Lastly, the Working Group found that “the violations of the right to a fair trial […] [were] of such gravity as to give the detention of Mr. Al Sadhan an arbitrary character” and called on the Saudi authorities to immediately and unconditionally release him.

April 5, 2022: The Working Group on Arbitrary Detention (WGAD) issues Opinion No. 30/2022, stating that Al Sadhan is being detained arbitrarily and calling on the authorities to immediately release him.

March 25, 2021: In a fifth hearing, the prosecutor presents a number of allegations, such as Al Sadhan having omitted to ask for a lawyer. His family denies the allegations.
March 22, 2021: Al Sadhan’s fourth hearing goes ahead in the absence of any legal representation.
March 17, 2021: In his third hearing, Al Sadhan’s lawyer presents his defence, refuting all accusations made against him.
March 11, 2021: A second hearing takes place, with Al Sadhan being represented by a court-appointed lawyer. A document of over 200 pages is presented, which contains tweets as “evidence” and confessions made by Al Sadhan under duress.
March 3, 2021: Al Sadhan is brought to a secret trial before the SCC for a first hearing. He is charged in relation to two satirical Twitter accounts he was running.
February 22, 2021: Al Sadhan is allowed for a second time to make a call to his family.
Mid-February, 2020: Al Sadhan is allowed to call his family for the first time.
November 25, 2018: National Society for Human Rights informs family of his transfer to Al Ha’ir Prison.
November 1, 2018: MENA Rights Group submits his case to the UN Working Group on Enforced Disappearances.
March 12, 2018: Al Sadhan is arrested by agents of the State Security Presidency (SSP) at the Saudi Red Crescent Authority headquarters in Riyadh.