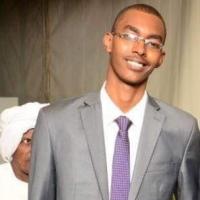 On January 17, 2019, Salama was killed by being shot with live ammunition by the National Intelligence and Security Service (NISS) while he was trying to treat wounded protesters during a peaceful demonstration in Khartoum.

On January 17, 2019, Babiker Salama was providing medical assistance to wounded protesters inside a house located near a peaceful demonstration in the Burri neighbourhood of Khartoum.

Due to the severity of some of the injuries he was treating, Salama decided to leave the house by himself and approach the members of the NISS with his arms raised to request to be allowed to transfer the severely injured protesters to the nearest hospital. When asked by the officers if he was the doctor treating the injured protesters, Salama responded affirmatively. Immediately after his response, members of the NISS shot him with live ammunition.

Salama was urgently transferred to the Royal Care International Hospital, where he arrived already unconscious and died at 6:30 p.m. the same day.

An autopsy was conducted, and the forensic report was announced during a press conference. However, the authorities refused the many requests from Salama’s family to provide them with the report of the autopsy. To date, no investigation has been opened into the killing.

Salama’s death occurred in the context of the violent crackdown on the nationwide protests that have been taking place in Sudan since mid-December 2018.