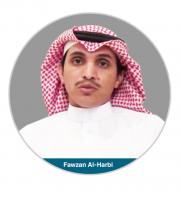 On May 22, 2013, Fawzan Al Harbi – a human rights defender and member of the Saudi Civil and Political Rights Association (ACPRA) – was prevented from boarding a flight to Geneva to attend a human rights conference by airport authorities. Al Harbi had contributed to the submission of cases of arbitrary detention, torture and ill-treatment to the United Nations human rights mechanisms.

In July 2013, Al Harbi was asked to sign a pledge to terminate ACPRA, which he refused to do. On December 26, 2013, he was arrested and detained at Al Malaz prison in Riyadh, and charged with, among other things, “co-founding an unlicensed organization” and “ignoring judicial decisions ordering its dissolution”.

Al Harbi’s first hearing before the Criminal Court in Riyadh was held in December 2013. In June 2014, he was sentenced to one year in prison and an additional six-year suspended prison sentence. He was also banned from posting on social media. Al Harbi appealed this decision, and in November 2014, the Court of Appeal increased his sentence to a 10-year prison term followed by a travel ban of 10 years.

On July 30, 2018, as part of a larger wave of arrests of Saudi women human rights defenders, Fawzan Al Harbi’s wife, Amal Al Harbi, was arrested. She was abducted from the Corniche in Jeddah by members of the Mabahith intelligence services without being presented with an arrest warrant nor being informed of the charges against her, and taken to an unknown location.

While not a human rights defender per se, Amal Al Harbi has been vocal in campaigning for the release of her husband. Amal Al Harbi was held in incommunicado detention for several weeks, before being granted access to the outside world. She is currently being held at Dhahban Prison.

On March 13, 2019, her trial and that of ten female human rights defenders began before the Criminal Court of Riyadh. In a first hearing, the prosecution pronounced a number of charges all related to their peaceful human rights activism. On March 27, a second trial hearing took place, in which the women laid out their defence. Independent monitors and diplomats were prevented from attending both trial hearings. Amal Al Harbi has only been granted the right to legal counsel intermittently. No date has yet been set for a third hearing.

October 9, 2019: Ahead of the 10-year anniversary of ACPRA’s founding, MENA Rights Group and ALQST submitted his case to the Special Rapporteur on the situation of human rights defenders and the Special Rapporteur on the rights to freedom of peaceful assembly and of association.
September 9, 2019: Mentioned in the Secretary-General’s 2019 report on reprisals.
May 1, 2019: MENA Rights Group raises Fawzan Al Harbi’s case with UN Assistant Secretary-General for Human Rights ahead of the preparation of the Secretary-General’s 2019 report on reprisals.
March 13, 2019: Amal Al Harbi’s trial and that of ten female human rights defenders begins before the Criminal Court in Riyadh.
July 30, 2018: Fawzan Al Harbi’s wife, Amal Al Harbi, is arrested.
November 2014: Court of Appeal increases sentence to a 10-year prison term followed by a travel ban of 10 years.
June 2014: Sentenced to one year in prison and an additional six-year suspended sentence.
December 2013: First hearing held before the Criminal Court in Riyadh.
December 26, 2013: Arrested and detained at Al Malaz prison in Riyadh.
May 22, 2013: Prevented from boarding a flight to Geneva to attend a human rights conference.
September 9, 2019: Mentioned in the Secretary-General’s 2019 report on reprisals.