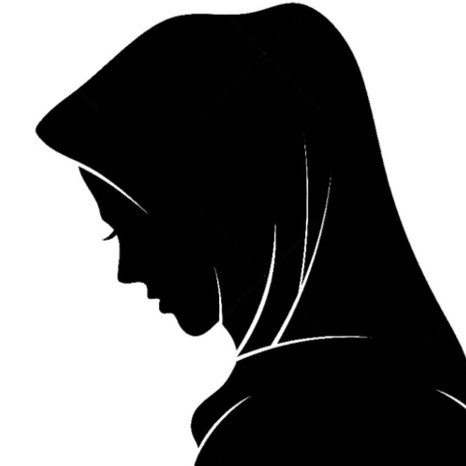 On November 19, 2015, officers from the State Security arrested Amina Al Abdouli in her home and secretly detained her for seven and a half months, during which she was subjected to torture and ill-treatment. In 2016 she was sentenced to five years imprisonment in relation to alleged posts on Twitter. On July 30, 2019, new charges were brought against Al Abdouli as a result of her efforts to raise public awareness of her case. On April 28, 2021, she was sentenced to an additional three years in prison.

Amina Al Abdouli was arrested at her home on November 19, 2015, without a warrant, by officers from the State Security wearing civilian clothing. She was subsequently disappeared and taken to a secret detention centre where she was subjected to severe acts of torture, including being stripped naked, beaten, blind-folded, bound at the feet, and sleep deprived. Other family members, namely her sister Moza Al Abdouli and her brother Mos’ab Al Abdouli, were also arrested. On November 29, 2015 her brother Waleed Al Abdouli was arrested for speaking out against the detention of his siblings.

Al Abdouli initially spent seven and a half months in a secret detention facility. During this period, she was kept in solitary confinement in a narrow room with no windows. For the initial three months of her detention, Al Abdouli was incommunicado and was subjected to beatings, insults and threats against her family whilst being interrogated. On February 9, 2016, under the threat of further beatings, Al Abdouli was coerced into signing a written confession, despite having been denied the opportunity to read it. At no point was she granted access to legal counsel.

After three months of detention, she began to lose vision in her left eye due to repeated beatings. During the period in which she was secretly detained, Al Abdouli undertook several hungers strikes to protest against her treatment. On June 30, 2016 she was transferred to Al Wathba prison.

On June 27, 2016, Al Abdouli’s trial began before the State Security Chamber of the Supreme Federal Court, during which her coerced confessions were admitted into evidence. Al Abdouli was then informed of the of charges against her, which included “inciting hatred against the State and disturbing public order; undermining the reputation of the State institutions and publishing false information to endanger the State’s relations with its allies”, on the basis of the Cybercrime Law. These charges related to comments she allegedly made on Twitter about the death of her father, who died in Syria in 2013. On October 31, 2016, Al Abdouli was sentenced to five years in prison, and a fine of 500,000 AED, with no right of appeal.

Since being transferred to Al Wathba prison, Al Abdouli has been subjected to poor conditions, and to abuse by other inmates. The prison authorities have failed to investigate these incidents and to ensure her safety and well-being.

Al Abdouli has been subjected to reprisals for endeavouring to raise public awareness of her case. Alongside Maryam Al Balushi, on July 30, 2019 she was brought before the Federal State Security prosecution and three new charges were brought against her, namely “leaking wrong information”, “affecting the reputation of the UAE and Al Wathba prison negatively”, and “causing problems between countries.” Neither woman has had access to legal counsel in relation to these charges.

On September 19, 2019, the UN Secretary-General raised the case in the 2019 report on reprisals against individuals who cooperate with the UN in the field of human rights.

Despite clear evidence that Al Abdouli’s health has deteriorated severely throughout her imprisonment, prison authorities continue to deny her access to adequate medical care, raising grave concerns for her physical and mental wellbeing. In a recording made public on April 5, 2020, Al Abdouli stated that she had not received any medical care since her solitary confinement, despite suffering greatly following her hunger strike.

On January 18, 2021, after MENA Rights Group submitted a request for an opinion, the WGAD adopted Opinion No. 61/2020. Therein, the WGAD stated, inter alia, that Al Abdouli’s detention lacked any legal basis as she was not afforded the right to challenge the legality both of her initial and her continuing confinement. Moreover, the Working Group reiterated that secret detention, which places the victim outside the protection of the law, is per se arbitrary. The Working Group also established that the vague and overly broad provisions, under which Al Abdouli was sentenced, “made it impossible to invoke any legal basis to justify the original arrest, detention and conviction [...] as well as the ongoing detention.” It also emphasized that Al Abdouli’s alleged posting of online messages as well as the sending of recordings to the UN Special Procedure mandate holders fall under the right to freedom of opinion and expression and thus qualified the new charges as a clear reprisal for seeking the assistance of the international community”.

Last but not least, the Working Group deplored that Al Abdouli’s case is one among many similar cases brought before it concerning arbitrary detention in the UAE and that these cases follow a familiar pattern, including “the use of secret detention; the use of forced confessions; prosecution under vaguely worded terrorism offences for peaceful exercise of human rights”, and that they indicate a systemic problem with arbitrary detention.

On April 28, 2021, she was sentenced to an additional three years in prison for “publishing information that disturbs the public order” (case No. 61/2021).

According to a direct source, she was transferred from Al Wathba prison in summer of 2020 alongside Maryam Al Balushi, but their current whereabouts are unknown.

September 29, 2021: Mentioned in the UN Secretary-General’s 2021 report on reprisals.
April 28, 2021: Al Abdouli is sentenced to three years in prison for “publishing information that disturbs the public order”.
April 15, 2021: MENA Rights Group refers case to the UN Secretary-General ahead of the preparation of the 2021 report on reprisals.
January 18, 2021: The Working Group on Arbitrary Detention (WGAD) issues Opinion No. 61/2020, establishing that Al Abdouli is detained arbitrarily and calling on the authorities to immediately release her.

May 1, 2020: MENA Rights Group refers case to the UN Secretary-General ahead of the preparation of the 2020 report on reprisals.
April 30, 2020: MENA Rights Group submits a request for opinion to the WGAD.
March 12, 2020: Al Abdouli’s solitary confinement ends.
February 23, 2020: Al Abdouli begins a hunger strike.
Early February 2020: Solitary confinement begins in reprisal for refusing to provide self-incriminating confessions.
September 19, 2019: Mentioned in the UN Secretary-General’s 2019 report on reprisals.
July 30, 2019: New charges are brought against her relating to her endeavour to raise public awareness of her case.
February 12, 2019: Several UN mandate holders send urgent appeal UA ARE 2/2019 to the Emirati authorities in relation to Al Abdouli’s detention.
October 31, 2016: Al Abdouli is sentenced to five years in prison and a fine of 500,000 AED.
June 30, 2016: Al Abdouli is transferred to Al Wathba prison.
June 27, 2016: Trial begins.
November 29, 2015: Al Abdouli’s brother Waleed is arrested after speaking out against the arrest of his siblings.
November 19, 2015: Al Abdouli is arrested and disappeared.