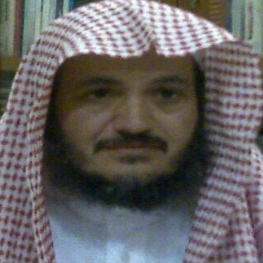 On October 13, 2015, Abdulrahman Al Hamid was sentenced by the Specialised Criminal Court (SCC) to nine years in prison and a nine-year travel ban, convicted on charges that stemmed directly exercising his rights to freedom of expression and association. He completed his sentence on January 10, 2023.

Abdulrahman Hamid Al Hamid is a Saudi human rights defender and co-founder of ACPRA*. On April 12, 2014, Mr Al Hamid signed a statement along with other activists calling for the Minister of Interior to be put on trial “for his policy of suppressing public freedoms.” As a result, he was arrested on April 17, 2014. He was initially detained incommunicado for a month and was detained in pre-trial detention for almost a year.

He was sentenced on October 13, 2015 to nine years in prison followed by a nine-year travel ban, and a fine of 50,000 Saudi Riyals (≈ 13,300 USD) by the SCC. He was convicted of offences including “incitement against public order and spreading chaos by taking part in drafting and publishing a statement that called for demonstrations”, “disrespecting the judicial authorities” and “participating in setting up an unlicensed organisation (ACPRA)”.

He  completed his sentence on January 10, 2023 and was released from Malaz criminal prison. He remains subject to a travel ban.

January 10, 2023: Al Hamid completes his sentence and is released from prison. He remains subject to a nine-year travel ban.

October 9, 2019: Ahead of the 10-year anniversary of ACPRA’s founding, MENA Rights Group and ALQST submits Al Hamid's case to Special Rapporteur on the situation of human rights defenders and the Special Rapporteur on the rights to freedom of peaceful assembly and of association.
October 13, 2015: Al Hamid is sentenced to nine years in prison followed by a nine-year travel ban, and a fine of 50,000 Saudi Riyals (≈ 13,300 USD) by the SCC.
April 17, 2014: Al Hamid is arrested.
April 12, 2014: Al Hamid signs a statement calling for the Minister of Interior to be put on trial “for his policy of suppressing public freedoms".