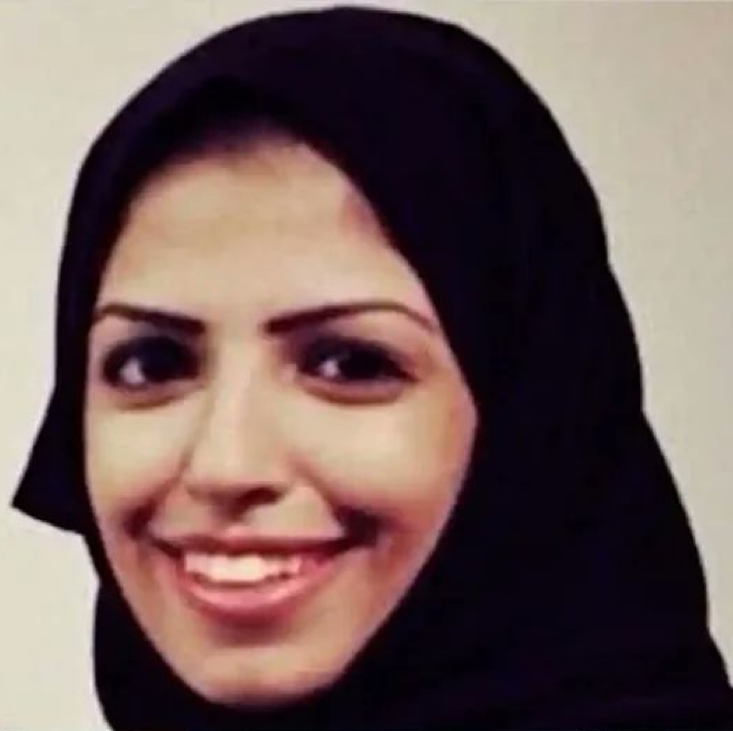 Salma al-Shehab is a women’s rights activist and PhD student at the University of Leeds in the UK. After returning to Saudi Arabia in December 2020, to visit her family during the winter holiday, she was arrested by the Saudi Presidency of State Security on January 15, 2021 and held in pretrial detention for 285 days before being brought to court. On August 9, 2022, the Saudi Specialised Criminal Court of Appeal sentenced al-Shehab to 34 years in prison, based on vague counterterrorism and cybercrime charges.

On January 15, 2021, Salma al-Shehab, a Saudi PhD student at the University of Leeds (UK) who was visiting her family in Saudi Arabia during the winter holiday, was called in for questioning by the Saudi Presidency of State Security in Dammam. She was then arbitrarily arrested, detained and subjected to pre-trial detention for a period of 285 days before being brought to court.  Prior to her arrest, she had been vocal on Twitter in her support for human rights and women’s rights activists in Saudi Arabia.

During her pre-trial detention, she was held in solitary confinement for 13 days and faced targeted threats and harassment, as investigating state security officers threatened her with violence, insulted her family members and verbally harassed her because of her belonging to Saudi Arabia’s Shi’a minority. She was also denied visits from her family and her right to legal counsel.

Al-Shehab’s first hearing took place on October 27, 2021, before the Specialised Criminal Court (SCC). On March 14, 2022, the SCC sentenced al-Shehab to six years in prison on charges of “undermining public order” and “destabilising the security of society and the stability of the state”.

On August 9, 2022, the Specialised Criminal Court of Appeal increased al-Shehab’s prison sentence to 34 years in prison, in addition to a 34-year travel ban, following her release.

Al-Shehab was sentenced to an unprecedented lengthy prison sentence based on vague legal charges, namely the 2007 Anti-Cybercrime law and the 2017 Law on Combating Terrorism Crimes and its Financing. Both laws criminalise acts falling under the right to freedom of expression and freedom of peaceful assembly and association and contain unclear wording that renders the foreseeability for potential defendants impossible and as such install a chilling effect on civil society.

On August 26, 2022, MENA Rights Group, ALQST for Human Rights, the Freedom Initiative and the Human Rights Foundation sent an urgent appeal to the UN Special Rapporteur on the situation of Human Rights Defenders and the UN Special Rapporteur on Freedom of Opinion and Expression, requesting that they call on the Saudi authorities to immediately and unconditionally release Salma al-Shehab. On October 26, 2022, the same organisations seized the Working Group on Arbitrary Detention (WGAD) asking the UN experts to issue an Opinion as to the arbitrary nature of her detention.