We are a global coalition of human rights and peace organizations deeply concerned by your participation in the 2020 G20 Summit, hosted by the government of Saudi Arabia. Your office is a participant in the G20’s “Urban 20” summit of mayors, which Saudi Arabia will convene between September 30 and October 2, the second anniversary of the murder of Saudi dissident and U.S. resident Jamal Khashoggi.

Saudi Arabia's government is an unfit and inappropriate host for the 2020 G20 summit and Urban 20 convening. As an absolute monarchy without any form of meaningful democratic representation, the Saudi government has a long record of silencing the very voices that are necessary for a meaningful global conversation regarding the massive challenges we collectively face. Saudi Arabia’s brutal record has only intensified since Mohammed bin Salman became crown prince in 2017.

We urge you to withdraw from Saudi Arabia’s G20 and Urban 20 proceedings this year. We urge you to publicly demand that the Saudi government take clear and immediate steps towards ending its record of human rights violations, reckless foreign policy, and environmental destruction. These steps should include releasing prisoners of conscience, accountability for the murder of Jamal Khashoggi, and ending its war in Yemen.

Today, human rights and civil society norms are under threat across the world. G20 delegations have an obligation to ensure that G20 convenings are not used by host governments to obscure or hide their own repressive and environmentally destructive practices. Over 200 non-governmental organizations worldwide have already declared that they will not participate in a Saudi-led G20 process that “seeks to give international legitimacy to a state that provides virtually no space for civil society, and where independent civil society voices are not tolerated.” Notable signatories of this statement include Amnesty International, Transparency International, CIVICUS, Freedom Forward, and Human Rights Watch.

Before Saudi Arabia’s government can be considered an appropriate host for the G20 and Urban 20 summits, the Saudi government should take the following immediate steps towards reform:

Tell the Truth About the Murder of Jamal Khashoggi:
Saudi Arabia has failed to provide any meaningful accountability for the murder of exiled Saudi journalist Jamal Khashoggi in Turkey by Saudi government agents in October 2018. A recent trial in Saudi Arabia regarding Khashoggi’s murder was described by Amnesty International as a “whitewash.” Saudi Arabia must accept an independent international criminal investigation into his murder.

Free Women’s Rights Activists and Stop Violating Women’s Rights:
Saudi Arabia must release imprisoned women’s rights activists Loujain al-Hathloul, Samar Badawi, Naseema al-Sada, Nouf Abdulaziz, and Maya al-Zahrani, as well as imprisoned men who have advocated for women’s rights. Charges must also be dropped against all women’s rights advocates.
Saudi Arabia should abolish the male guardianship system, as well as the laws that discriminate against women or give husbands absolute control over their lives. Saudi Arabia should reform its domestic violence law, including to make clear that marital rape is a crime.

Abolish the Death Penalty:
Saudi Arabia is among the countries carrying out the highest number of executions in the world. 2019 witnessed the largest number of executions in recent Saudi history, with 185 individuals executed. The Saudi authorities apply the death penalty for a wide range of non-violent offences that do not meet the international threshold of “most serious crimes,” including drug-related crimes and apostasy. Saudi authorities continue to impose the death penalty on individuals under the age of 18.

Allow Independent Media and Journalists to Report Freely:
Saudi Arabia permits no independent media and is one of the world’s worst jailers of journalists. The government regularly jails those who express critical thoughts on social media. The number of journalists and citizen-journalists in detention has tripled since the start of 2017, and 26 journalists were imprisoned by Saudi Arabia as of 2019.

Abolish the Sponsorship System of Modern-Day Slavery:
Under Saudi Arabia’s sponsorship (“kafala”) system, foreign workers face significant risks of abuse and even conditions amounting to forced labor and modern-day slavery. This system also applies to foreign spouses, who have been trapped in Saudi Arabia against their will.

Embrace Religious Freedom:
Foreigners comprise 30 percent of Saudi Arabia’s population, but Saudi Arabia does not allow public worship by non-Muslims. The Saudi government represses and discriminates against its Shia Muslim minority, and the government beheaded 37 individuals, the majority of whom were Shia, in a 2019 mass execution.

Stop Intervening Against Democracy:
Saudi Arabia has blocked democracy movements and advanced dictatorships across the Middle East and North Africa, including in Libya, Bahrain, Sudan, and Egypt.

End the Saudi-led War in Yemen:
Saudi Arabia has bombed, blockaded, starved, and slaughtered thousands of Yemeni civilians in its war in Yemen. Yemen’s healthcare system is now decimated, giving rise to a lethal spread of the coronavirus pandemic across the Yemeni population. Saudi Arabia must end its war in Yemen.

Conclusion:
Governments, businesses, and civil society organizations invited to participate in the Saudi-led G20 proceedings should demand dramatic changes to Saudi Arabia’s dismal record of human rights violations, repression, war, and environmental destruction. We urge you and all G20 participants to withdraw from the Saudi-led G20 and Urban 20 summits and commit to making human rights reforms a condition of all future dealings with Saudi Arabia’s government. 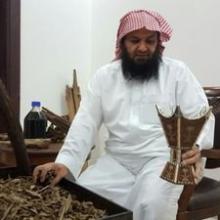