On August 4, 2021, several organisations called on members of the U.S. Congress and the Biden administration to use their leverage to ensure that the Egyptian president immediately halts the imminent execution of 12 men sentenced to death in a mass trial in relation to the Raba’a sit-in case and promptly ends the use of all unjust death sentences.

We the undersigned 11 organizations write to you today regarding the death penalty crisis in Egypt. As organizations advocating for human rights in Egypt and around the world, we are particularly concerned about the imminent execution of twelve men unjustly sentenced to death in a politically motivated mass trial in relation to their alleged involvement in a sit-in protest at Raba’a Square in 2013. In line with the Biden administration’s declared commitment to put human rights at the center of its foreign policy, the United States must urgently engage with the Egyptian authorities to urge them to halt these executions.

In recent years, death sentences and executions have increased drastically in Egypt, where authorities executed a record of at least 152 people in 2020. The crisis has carried into 2021, with at least 66 executed this year, including 17 people during the Islamic holy month of Ramadan. Dozens of those executed since 2013 have been tried in mass trials without due process, and many of these individuals were executed in secret, without prior notice to their families and lawyers as required in Egypt’s prison regulations. Thousands more – including the twelve men in the Raba’a case – have been sentenced to death following deeply flawed mass trials, with minors also amongst those tried and sentenced to death.

These imminent executions are the latest development in Egypt’s escalating rights crisis, detailed in recent reports from international experts and observers, which also highlight how Egyptian authorities regularly employ capital punishment as a tool of repression.

As a state party to the International Covenant on Civil and Political Rights, Egypt has breached its commitments to the international community: Egypt has failed to reserve the death penalty for only the most serious crimes, to only use the death penalty when no other rights have been violated, and to never use the death penalty against minors. The United Nations Office of the High Commissioner for Human Rights and Special Procedures offices have issued several urgent statements calling for Egypt to halt executions and death penalty sentences, including in the case of minors.

On August 14, 2013, the largely peaceful Raba’a sit-in protesting the army’s removal of President Mohamed Morsi ended when security forces violently dispersed the crowds, killing hundreds and injuring at least 1,000 protesters. The twelve men now facing imminent execution were sentenced to death in a mass trial of 739 defendants, including minors. No individualized evidence was allowed to be presented and attorneys for the men were not given the opportunity to defend individual clients. During hearings, hundreds of defendants were crowded together in a soundproof cell, impeding their ability to communicate with lawyers and hear what was being said in the proceedings.

Among the twelve men is Dr. Osama Yassin, whose case exemplifies the violations these men have been subjected to. Dr. Yassin is a pediatrician and father of four, who was the Minister of Youth in former President Morsi’s cabinet. Dr. Yassin has been held in solitary confinement since 2013, and his family report that he has been routinely denied food, clean water, access to the outdoors, exercise, and provisions such as books, his copy of the Qur’an, and blankets. He has also been denied access to lawyers and family visits for periods lasting years.

On June 14, 2021, the Court of Cassation upheld the death sentences of the twelve men. They could be executed at any time, as the Egyptian authorities do not announce their plans to carry out executions.

Intervention by the United States is necessary to uphold human rights in Egypt and consistent with President Biden’s commitment to put human rights at the center of U.S. foreign policy.

Thus, we the undersigned organizations urge members of Congress and the Biden administration to call on:

1. The Egyptian President to immediately commute the death sentences of the twelve men sentenced in relation to the Raba’a sit-in case.

2. The Egyptian President to institute a moratorium on all executions in Egypt and thoroughly investigate all allegations of torture, coerced confessions, and other abuses.

3. The Egyptian authorities to immediately end the use of mass trials, which violate the fair trial and due process guarantees enshrined in international law.

With a pending decision over releasing $300 million in military financing to Egypt, which Congress conditioned on human rights improvements, the Biden administration has significant leverage now to make these calls. As your offices consider future year financing to Egypt, we also recommend conditioning assistance based on Egypt’s compliance with states’ obligations under international human rights law regarding the death penalty. 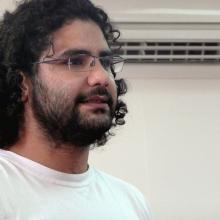 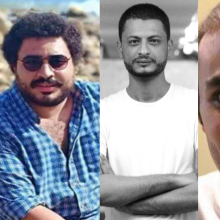