Illustrative of this intensifying crackdown, journalist Khaled Drareni was arrested on 29 March 2020 for filming a protest, and was sentenced to two years in prison on appeal on 15 September. We strongly condemn the harsh and arbitrary sentencing of Drareni, and call for his immediate release and for charges against him to be dropped.

Restrictions on free assembly have also intensified following the outbreak of COVID-19 and the decision taken by the Hirak grassroots pro-democracy movement to suspend its weekly protests that had started in February 2019. Included in these restrictions is the arbitrary detention and prosecution of individuals associated with the protest movement and those who express support for it in multiple forums.

Article 50 of the Algerian constitution guarantees freedom of expression, but the legal framework still infringes on this right. Law 12-05 of 2012 (or the Law on Information) requires publishing houses to seek prior approval from the media regulatory authority for publications and violations can include fines of up to 500,000 dinars (roughly US$3900.00). On 23 April 2020, the Algerian parliament further reinforced this repressive legal environment by adopting amendments to the Penal Code that include harsh prison sentences for the dissemination of false information during a public health crisis, or for accessing funding (whether local or international) that the state deems “likely to undermine state security, stability, or normal functioning of [state] institutions,” or to undermine “the fundamental interests of Algeria” or “public security and order.”[1] Algeria is rated “repressed” on the CIVICUS Monitor and is ranked 146th out of 180 countries in RSF's 2020 World Press Freedom Index, five places lower than in 2019 and 27 places lower than in 2015.

In this context, activists, artists and journalists have been increasingly detained for their journalist work and social media posts under the false and vague accusations of threatening national unity and inciting protests[2]. The National Union of Magistrates (SNM) has also denounced the abusive recourse to pre-trial detention.

Under these worsening civic space conditions, and taking into consideration the health risks posed to detainees by COVID-19, the undersigned are notably concerned for:

- Algerian journalists, activists, and lawyers, including Said Boudour (a journalist facing charges of ‘defamation’ and ‘insulting the regime’, Amel Hadjadj (a woman human rights defender facing ongoing intimidation, including an arbitrary arrest on 21 November 2019 where she was physically abused), and Halim Feddal (founder of the Algerian National Association Against Corruption sentenced to six month’s imprisonment on 3 March 2020).

- Reporter Abdelkrim Zeghileche, who was sentenced to two years in prison on 24 August 2020 after he called for the creation of a new political party and criticized President Tebboune, and

- Activist Abdullah Benaoum, detained since December 2019, whose health is in very critical condition, and whose latest petition for pretrial release was rejected on 2 September

- Khaled Drareni, who was arrested alongside two protestors and activists, Samir Benlarbi and Slimane Hamitouche, and sentenced on appeal to two years’ imprisonment.

Drareni, who is editor of the Casbah Tribune news site and correspondent for TV5 Monde and Reporters without Borders, has been arbitrarily detained since 29 March 2020 solely for doing his job as a journalist. According to Amnesty International, Drareni was arrested while filming police approach protestors on 27 March 2020. On 10 August 2020, he was sentenced to three years in prison on charges of “inciting an unarmed gathering” and “endangering national unity” for his work covering the Hirak protests over the past year. Drareni was also charged a fine of 50,000 Dinars (roughly, US$390). During the appeal hearing on 8 September, the prosecution had requested four years in prison and a 50,000 DA fine against Drareni.

Following his initial sentencing on 10 August, solidarity protests calling for his release have erupted across the country, beginning in Algiers. Drareni attended his appeal on 8 September and appeared thin and weak, which prompted the national and international Khaled Drareni Support Committees to call for his immediate release on urgent health grounds.

In a joint statement issued on 16 September, UN Special Procedures condemned the jail sentence against the Algerian journalist and called for his release. The experts also called on Algeria to “halt the arrest and detention of political activists, lawyers, journalists, and human rights defenders, as well as any person who expresses dissent or criticism of the government,”, and affirmed that “Drareni, and all the others currently in prison, or awaiting trial simply for doing their job and defending human rights must be immediately released and protected.”

Given the current threats facing Drareni and all detained prisoners of conscience, urgent action is needed from the international community to ensure his release and call for an end to restrictions facing journalists, protestors and activists in Algeria. The undersigned specifically call on the Office of the High Commissioner for Human Rights (OHCHR), UN Special Procedures; UN Member States; and the European Union, including Parliament, EEAS and Member States; to urge Algerian authorities to:

1. Immediately and unconditionally release Khaled Drareni, dropping all charges against him;

2. Immediately and unconditionally release all protestors, activists and journalists arbitrarily detained for their peaceful protests, activities and reporting, notably on the Hirak movement;

3. Revise the legal framework, including the Penal Code, the 2012 Law on Information and the Law No. 09-04 of August 5, 2009, in line with international best practice to protect the right to freedom of expression in the country;

4. Devise a plan to roll back the April amendment designed to respond to the COVID-19 pandemic, are time limited, in line with international human rights standards, to ensure that these do not unduly curtail civic freedoms; and

5. Cease all judicial harassment and intimidation against all protestors, activists and journalists and those facing restrictions for expressing their opinions online.

[2]As of 9 September 2020, the National Committee for the Release of Detainees (CNLD) reported 52 prisoners of conscience and 200 people were reported to have been arbitrarily arrested between March and June. 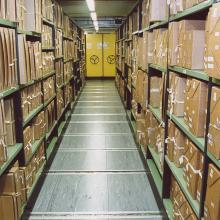 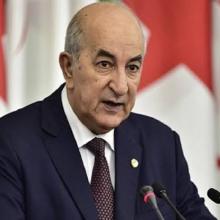 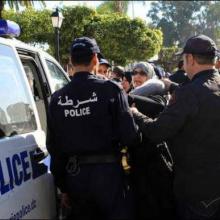 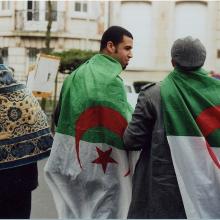