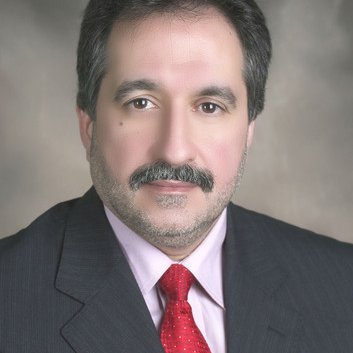 Zuhair Al Mahmeed is currently detained at the Central Prison in Kuwait City after being sentenced to 15 years in prison in a trial marred with violations of international fair trial guarantees. Despite the issuance of an Opinion by the UN Working Group on Arbitrary Detention (WGAD) in August 2020, he remained in detention until November 14, 2021, when he was released on the basis of an amnesty law.

After MENA Rights Group and JL Human Rights Consulting submitted a request for Opinion, in August 2020, the Working Group on Arbitrary Detention adopted Opinion 54/2020. In its opinion, the WGAD stated that Al Mahmeed's deprivation of liberty is arbitrary under categories I and III. The WGAD additionally requested that the government of Kuwait "take the steps necessary to remedy the situation of Mr. Al-Mahmeed without delay and bring it into conformity with the relevant international norms." The appropriate remedy, according to the Working Group, would be to release Al Mahmeed "immediately and accord him an enforceable right to compensation and other reparations, in accordance with international law."

On November 14, 2021, Al Mahmeed was released on the basis of an amnesty law.

November 14, 2021: Al Mahmeed is released on the basis of an amnesty law.
March 18, 2021: MENA Rights Group and JL Human Rights Consulting provide follow-up information to the Working Group on Arbitrary Detention, highlighting the lack of implementation of their Opinion by the Kuwaiti authorities six months after its adoption.
August 27, 2020: The Working Group on Arbitrary Detention issues Opinion 54/2020, stating that Al Mahmeed is being detained arbitrarily and calling on the authorities to immediately release him.
January 30, 2020: MENA Rights Group and JL Human Rights Consulting submit a request for opinion to the Working Group on Arbitrary Detention.
June 18, 2018: Kuwaiti Supreme Court finds Al Mahmeed guilty of the state security charges and increases his sentence from five to 15 years in prison with hard labour.
July 21, 2016: Court of Appeal upheld the verdict of the Court of First Instance
September 15, 2015: Court of First Instance sentences Al Mahmeed to five years in prison for the possession of weapons without license, but declared him innocent of all national security charges.
August 19, 2015: Al Mahmeed is charged with “spying for Iran and its agent Hezbollah”, “possession of weapons” and “plotting to carry out hostile acts including spreading panic and disorder in Kuwait”.
August 15, 2015: Al Mahmeed is arrested at his office in Kuwait city by intelligence and police officers.