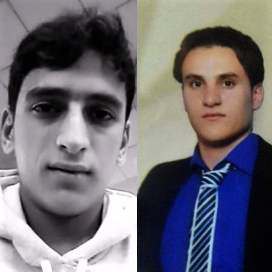 On January 7, 2017, Iraqi students Abdul Rahman Mohamed Kamal and Radwan Mohamed Kamal Al Rashidy were arrested by the army while having dinner with their father and their uncle. Their family believe that the two were taken due to a third brother’s affiliation with the so-called Islamic State of Iraq and the Levant (ISIL). While the soldiers stated that the victims would only be taken for a short investigation, they have remained disappeared since then.

On January 7, 2017, while the victims, their father and uncle were having dinner in East Mosul, three armoured vehicles of the Iraqi army stopped in front of the house. 15 soldiers wearing balaclavas exited the vehicles, broke into the house and ordered the whole family to face the wall.

The soldiers then singled out the victims, arrested them and took them away, blindfolded and handcuffed. The soldiers informed their family that the victims would only be taken for a short investigation and would be released soon. However, they remain forcibly disappeared since the day of their arrest.

The victims’ family believe that the two brothers were arrested due to a third brother, Omar, who had been affiliated with ISIL. On March 10, 2017, the victims’ family handed Omar over to the Iraqi authorities. He is currently in detention.

On June 17, 2021, MENA Rights Group requested the urgent intervention of the UN Committee on Enforced Disappearances.