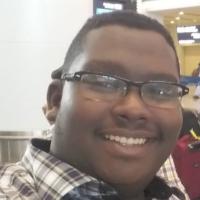 On January 24, 2019, Mahgoub Ibrahim was beaten to death by members of the National Intelligence and Security Service (NISS) during a peaceful protest at his university while trying to prevent female demonstrators from being beaten by NISS agents.
Latest Updates
February 28, 2019: MENA Rights Group refers the case to the UN Special Rapporteur on extrajudicial, summary or arbitrary executions.
January 24, 2019: Beaten to death by the NISS while protecting female peaceful protesters.