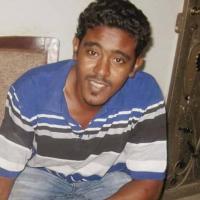 On January 9, 2019, Salih Osman was killed after being shot with live ammunition by the National Intelligence and Security Service (NISS) while he was taking part in a peaceful protest in Omdurman.

On January 9, 2019, Salih Osman took part in a peaceful demonstration in the Banat Sharq neighbourhood of Omdurman. The protest was patrolled by members of the NISS, who followed protesters in unmarked military vehicles and indiscriminately shot live ammunition and tear gas into the crowd to disperse the protesters.

Around 4 p.m., Osman was shot by the NISS, injuring him in his shoulder and back. He was immediately brought to Alarbaeen hospital, where he died later that day.

The autopsy of Osman’s body was conducted at Omdurman Hospital. Prosecutors showed the family’s lawyers the forensic report of the autopsy and the report of the crime scene investigators, but refused to give the lawyer copies of the reports.

Osman’s family filed a complaint at Omdurman Central Police Station on January 9, 2019. Despite the existence of corroborating evidence that members of the NISS arbitrarily executed Osman, and the fact that there were a number of witnesses to the killing, the family has not been informed of any steps taken to conduct an effective, impartial and independent investigation into the killing.

The use of force resulting in the death of Osman is part of the violent crackdown on the nationwide protests that have been taking place in Sudan since mid-December 2018.