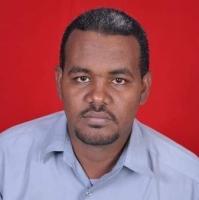 On February 1, 2019, Ahmed Al Khir died while in the custody of the National Intelligence and Security Service (NISS) as a result of the torture he was subjected to after being arrested during a peaceful protest on January 31.

On January 31, 2019, Ahmed Al Khir was arrested by the NISS during a peaceful protest in Khashm El Qirba, Kassala. The NISS did not provide any warrant nor any reason for his arrest. After the arrest, they brought him to the NISS detention centre in Khashm El Qirba, where he was subjected to torture by members of the NISS. Al Khir died in the custody of the NISS on February 1.

On February 7, the director of the NISS declared during a press conference that Al Khir died while in the custody of the NISS during a transfer from the NISS’s detention centre in Khashm El Qirba to their centre in Kassala on February 1, and that he arrived already deceased at the Kassala hospital. His body was transferred to Al Qadarif on February 2 for the autopsy. The forensic examination found bruises on his back, kidneys, and the back of his legs.

After another autopsy was conducted on the body, the general public prosecutor acknowledged that Al Khir died as a result of the injuries he was subjected to on different parts of his body by being harmed with “a solid tool”. The family has not been informed of any action taken to charge and prosecute the NISS agents responsible for the torture and death of Al Khir.

The use of force in the form of torture and ill-treatment that resulted in the death of Al Khir is part of the violent crackdown on the nationwide protests that have been taking place in Sudan since mid-December 2018.

February 28, 2019: MENA Rights Group refers the case to the UN Special Rapporteur on extrajudicial, summary or arbitrary executions.
February 7, 2019: NISS declare that Al Khir died in their custody due to “injuries”.
February 1, 2019: Dies while in NISS custody.
January 31, 2019: Arrested by the NISS during peaceful protest.