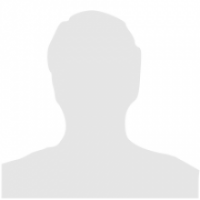 Fayad Abdallah was arrested on December 25, 2018 while taking part in a peaceful protest in Khartoum. He was harshly interrogated and kept in inhumane conditions of detention until his release the following day.
Latest Updates
January 17, 2019: MENA Rights Group submits case to UN Working Group on Arbitrary Detention.
December 26, 2018: Released.
December 25, 2018: Arrested during peaceful protest.

On December 25, 2018, Fayad Abdallah was arrested by members of the National Intelligence and Security Service (NISS) while he was taking part in a peaceful protest in Khartoum.

Following the arrest, Abdallah was first brought to the headquarters of the NISS in Khartoum, where he stayed for three hours, before being moved to other NISS buildings located in Khartoum North (Bahri), where he was harshly interrogated three times without the presence of his lawyer.

Abdallah was released on December 26, 2018. From the moment of his arrest throughout his detention, he was violently beaten by members of the NISS and kept in inhumane conditions of detention.

Abdallah’s arrest is part of the violent crackdown on the nationwide protests that have been taking place in Sudan since mid-December 2018.