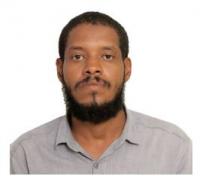 On January 9, 2019, Amin Ahmed was shot in his hand with live ammunition by the National Intelligence and Security Service (NISS) while participating in a peaceful demonstration in Omdurman.
Latest Updates
February 28, 2019: MENA Rights Group refers the case to the UN Special Rapporteur on extrajudicial, summary or arbitrary executions.
January 9, 2019: Shot with live ammunition by the NISS during peaceful demonstration.

On January 9, 2019, Amin Ahmed participated in a peaceful protest in the Banat neighbourhood of Omdurman. The NISS dispersed the peaceful protest by firing live ammunition. Ahmed was shot with live ammunition in his hand by the NISS while taking part in the protest and, as a result, sustained a severe injury on the index finger of his right hand.

Ahmed was transferred to Al Arbaeen Specialised Hospital, where members of the NISS attempted to arrest him. However, people witnessing the scene prevented the NISS from arresting him and enabled him to be carried into the hospital while the NISS raided the building.

The use of force that led to Ahmed’s injury took place during the violent crackdown on the nationwide protests that have been taking place in Sudan since mid-December 2018.