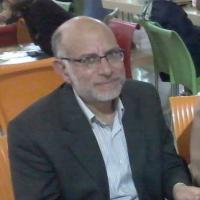 Dr. Ahmed Amasha was arrested by police officers on March 10, 2017, and disappeared. He reappeared on April 1, 2017, and was subsequently charged with “belonging to a banned group” and transferred to Tora Prison in Cairo. During his enforced disappearance, he was subjected to torture and ill-treatment by state security officers to force him to sign a pre-written confession. On October 4, 2019 Amasha was released on bail. On 17 June 2020, he was rearrested by police officers. Since then, his fate and whereabouts remain unknown.
Latest Updates
July 12, 2020: Amasha reappears before the State Security Public Prosecutor in Cairo and accused of "joining and financing an illegal group" under case No. 1360/2019. His family remains unaware of where he was sent afterwards.
June 22, 2020: MENA Rights Group requests urgent intervention of UN Working Group of Enforced Disappearance.
June 17, 2020: Second arrest.
May 1, 2020: MENA Rights Group refers case to the Secretary-General on intimidation and reprisals for cooperation with the UN in the field of human rights.
October 4, 2019: Amasha is released from prison on bail.
September 10, 2019: Cairo Criminal Court orders Amasha’s provisional release.
September 9, 2019: Mentioned in the Secretary-General’s 2019 report on reprisals.
May 1, 2019: MENA Rights Group raises case with UN Assistant Secretary-General for Human Rights ahead of the preparation of the Secretary-General’s 2019 report on reprisals.
November 22, 2017: the UN Working Group on Arbitrary Detention concludes in Opinion 78/2017 that Amasha’s detention is arbitrary and requests his immediate release.
May 3, 2017: Several UN Special Procedures mandate holders send urgent appeal to the Egyptian authorities regarding Amasha’s case.
April 13, 2017: Amasha brought before the Public Prosecutor, charged with “belonging to a banned group” and subsequently transferred to Tora Prison in Cairo.
April 1, 2017: Reappears before Public Prosecutor of Tagamo’ El Khames in Cairo.
March 10, 2017: Arrested by police officers at Nasr City checkpoint and disappeared.

Dr. Ahmed Amasha is a veterinarian, human rights defender, trade unionist and member of the “Kefaya” opposition movement. He co-founded the League for Families of the Disappeared, which provides relatives of victims of enforced disappearance in Egypt with legal advice and helps them file complaints at both the domestic and international level.

On March 10, 2017, Amasha was arrested by police officers at Nasr City police checkpoint and taken to an unknown location. He reappeared on April 1, 2017, before the Public Prosecutor of Tagamo’ El Khames in Cairo, where he was interrogated without the presence of a lawyer. On April 13, Amasha was again brought before the prosecutor, this time in the presence of his lawyer, and charged with “belonging to a banned group”. He was then transferred to Tora Prison in Cairo.

Amasha reported that, during his enforced disappearance, he was held at the central police station of Abbasiya, in the Cairo governorate. There, he was subjected to torture and ill-treatment for several days by state security officers to force him to sign a pre-written confession that declared that he was a member of a “banned group”. The officers blindfolded and handcuffed him, electrocuted him on different parts of his body, raped him with a stick, and threatened to rape his wife and daughters.

On May 3, 2017, several UN Special Procedures mandate holders sent an appeal to the Egyptian authorities addressing allegations of Amasha’s abduction, arbitrary detention, torture and ill-treatment. The Special Procedures expressed concerns about his “physical and psychological integrity” and about the fact that the violations “seem to constitute acts of reprisals against Dr. Amasha for documenting cases of enforced disappearances for the Special Procedures of the Human Rights Council of the United Nations”. Furthermore, in Opinion No. 78/2017, the UN Working Group on Arbitrary Detention (WGAD) concluded that Amasha’s detention is arbitrary and requested his immediate release.

Whilst held in pre-trial detention in Tora prison, Amasha was held in a small, overcrowded cell that did not meet basic standards of hygiene. In addition, he was frequently subjected to ill-treatment, especially during the daily searches of his prison cell. In addition, the prison authorities failed to provide him with adequate medical care by not allowing him the medicine and medical examinations he urgently required.

During this period Amasha was not allowed to receive visits from his family and lawyer. His lawyers were only able to see him when he was presented to the prosecutor for the renewal of his pre-trial detention, during which time he is held in a glass cage. In these instances, his lawyers were allowed to speak with him for brief periods of time and only in the presence of the prosecutor. Despite receiving unofficial information that Amasha was charged with “joining a banned group”, his lawyers have never been officially notified by the authorities of the charges against him.

On September 10, 2019, the Cairo Criminal Court ordered the provisional release of Amasha. Despite this, he remained in detention at Damietta Prison until October 4, 2019, when he was released on bail. The conditions of his bail agreement require that he report to the police station twice a week.

On June 17, 2020, Amasha was rearrested by police officers at his home in Hilwan, Cairo governorate . On June 22 2020, MENA Rights Group requested the intervention of UN Working Group of Enforced Disappearance as his fate and whereabouts remain unknown.