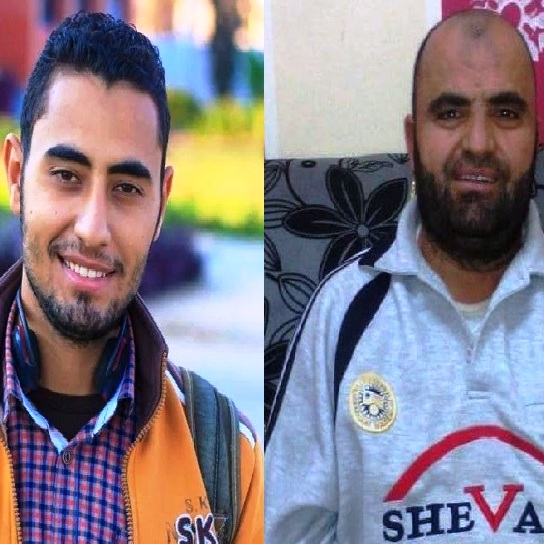 Mohammad and his father, Awsam Rashed, were arrested on April 21, 2015, before being charged with terrorism-related offences. They were respectively sentenced to 18 and 25 years in prison in two different cases. They are serving their sentences in the Burj Al Arab prison. Their family were able to see them on March 1, 2020 before the prison authorities suspended all family visits due to the outbreak of COVID-19. Since August 27, 2020, the family are able to meet them once a month.

Mohammad and Awsam Rashed were arrested on April 21, 2015, without warrants nor being given any reason for their arrests. They were then charged with terrorism related offenses and sentenced respectively to 18 and 25 years in prison in two different cases. Mohammad Rashed was sentenced on the basis of confessions extracted under the torture while being secretly detained.

Both were serving their sentences in the Burj Al Arab prison. Due to the outbreak of COVID-19, their family were able to see them on March 1, 2020, before the prison authorities suspended all visits until August 27, 2020, when family visits have been reauthorized. During this period, Mohammad and Awsam Rashed were held incommunicado without any contact with the outside world.

Mohammad’s family were concerned about his current health status as he is suffering from jaundice, which is particularly noticeable in his eyes. His condition requires regular liver treatment. He also suffers from enlarged gallbladder causing severe infections. He was seen by another inmate in the prison hospital on June 18, 2020, who was able to informally tell his family that his condition deteriorated requiring urgent surgery.

On May 22, 2020, their family filed a complaint with the Public Prosecutor, to no avail.

On June 24, 2020, MENA Rights Group requested the urgent intervention of the UN Working Group of Enforced or Involuntary Disappearances, hoping it would press the Egyptian authorities to inform Mohammad Rashed’s family of his current fate and whereabouts.

On August 19, 2020, the UN Working Group on Arbitrary Detention and other Special Procedures sent an urgent appeal to the Egyptian authorities requesting a clarification of Mohammad and Awsam's fate and whereabouts.

On August 27, 2020, Rashed’s family were able to visit them again. Due to the COVID-19, Mohammad and Awsam are only allowed one family visit per month.

On September 9, 2020, the Egyptian authorities replied to the joint letter of the Special Procedures, requesting additional information about the identities of Mohammad and Awsam and their court case’s details.

September 9, 2020: The Egyptian authorities reply to the UN Special Procedures' joint letter, requesting additional information regarding the identities of Mohammad and Awsam and their court cases’ details.

August 27, 2020: Rashed’s family are reauthorised to visit Mohammad and Awsam.
August 19, 2020: The UN Working Group on Arbitrary Detention and other Special Procedures send an urgent appeal to the Egyptian authorities requesting to clarify Mohammad and Awsam’s fate and whereabouts.

July 14, 2020
Naji Salim reappeared after two and a half months of enforced disappearance