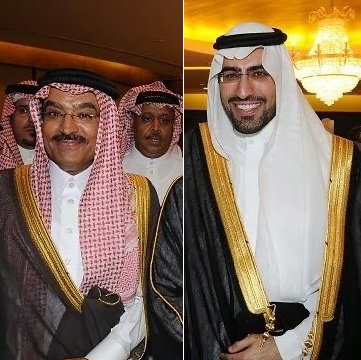 Salman Al Saud, and his father Abdulaziz Al Saud, were both arrested in January 2018 and have been detained, without charges, since then. They were initially detained incommunicado at Al Ha’ir prison before being placed under house arrest in January 2019. On November 28, 2020, they were both taken from the villa to an unknown location, and remain disappeared since.
Latest Updates
December 4, 2020: The UN Working Group on Enforced or Involuntary Disappearances sends a communication to the Saudi authorities requesting that they clarify Salman and Abdulaziz Al Saud’s fate and whereabouts.
December 2, 2020: MENA Rights Group and ALQST for Human Rights request the urgent intervention of the UN Working Group on Enforced or Involuntary Disappearances.
November 28, 2020: Father and son are taken away from the villa to an unknown location.
August 25, 2020: MENA Rights Group and ALQST submit a request for opinion to the Working Group on Arbitrary Detention (WGAD).
March 27, 2020: Salman Al Saud is taken from the villa where he was under house arrest and transferred to an unknown location before being returned to the villa two months later.
January 2020: Salman and Abdulaziz Al Saud are placed under house arrest at a villa belonging to the Saudi authorities in Riyadh.
January 5, 2018: Abdulaziz Al Saud is abducted and detained after a group of around fifty heavily-armed police officers raided his house.
January 4, 2018: Salman Al Saud is brutally arrested after being summoned to the royal palace.

On January 4 2018, Salman Al Saud, the cousin of the Saudi crown prince, Mohammed bin Salman, was asked to report to the Saudi royal palace. After arriving at the palace at around 4 am, Salman Al Saud was then beaten before being abducted by a group of 20 guards, in the presence of Saud Al Qahtani, the crown prince’s close adviser, who had ordered the beating.

The next day, around 50 police officers raided the house of Al Saud’s father, Abdulaziz Al Saud, and arrested him.

After spending two weeks in the Ritz Carlton hotel’s hospital, due to his injuries from the beating, Salman Al Saud was then transferred to Al Ha’ir prison in Riyadh. His father was immediately transferred there after his arrest on January 5, 2018.

They were both detained incommunicado during the first seven months of their detention, after which they were able to contact their family for the first time. Despite their family’s attempts to locate them, the authorities never acknowledged that they were held in Al Ha’ir, where both Salman and Abdulaziz were placed in solitary confinement.

In mid-January 2019, after spending over 12 months in Al Ha’ir prison, Salman Al Saud and his father were transferred to a villa in Riyadh, where they were placed under house arrest under high security surveillance.

On March 27, 2020, Salman Al Saud was taken from the villa and transferred to an unknown location for two months, after which he was returned back to the same villa. It is still unknown where Salman was taken and for what reasons.

At the time of their respective arrests, neither Salman, nor his father, were presented with arrest warrants or given reasons for their arrests. Although two and a half years have elapsed since their arrests, no charges have been brought against them. They were additionally never interrogated by a law enforcement authority about any criminal offense. To date, both remain held under house arrest.

The former Chair of the European Parliament’s Subcommittee on Human Rights sent a letter to the crown prince of Saudi Arabia expressing concern over the conditions surrounding the detention of Salman Al Saud and asking for his release.

On August 25, 2020, MENA Rights Group and ALQST for Human Rights submitted a request for opinion to the Working Group on Arbitrary Detention.

On December 2, 2020, following the disappearance of Salman Al Saud and his father on November 28, MENA Rights Group and ALQST for Human Rights requested the urgent intervention of the UN Working Group on Enforced or Involuntary Disappearances.