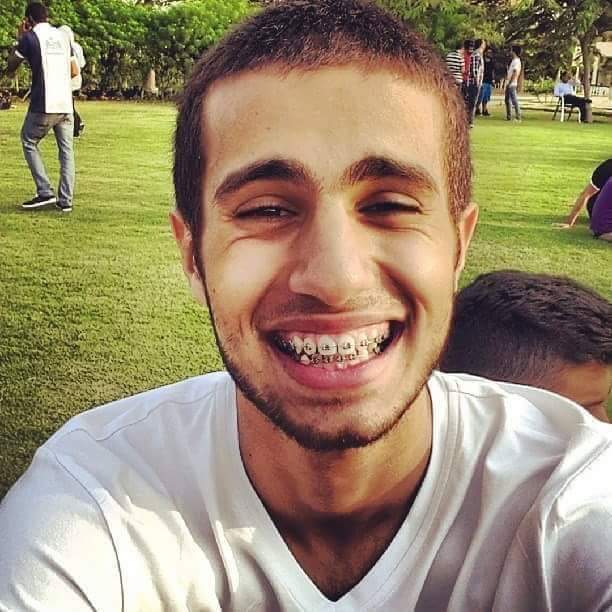 On October 6, 2013, Egyptian student Abdelrahman Mohamed Mostafa ElGendy was arrested with his father. Although he was17 years old at the time of arrest, and despite a lack of any evidence, ElGendy was sentenced as an adult to 15 years imprisonment—in a mass trial of 68 defendants.

ElGendy spent over six years in prison and was released on January 12, 2020. He is currently being retried as a minor.

Latest Updates
January 12, 2020: ElGendy is released.
November 18, 2019: MENA Rights Group submits a request for opinion to the Working Group on Arbitrary Detention (WGAD).
March 31, 2017: ElGendy’s name is included in the official list of convicted prisoners awaiting presidential pardon. His father is released but ElGendy remains in prison.
March 2016: The Court of Cassation annuls the fine of 20 thousand Egyptian pounds for each of the 68 defendants.
October / November 2014: A notice of appeal is submitted to the Court of Cassation but ElGendy’s sentence is subsequently confirmed.
September 30, 2014: ElGendy is sentenced, together with 62 other adult defendants, to 15 years in prison.
April 17, 2014: First mass hearing takes place.
March 2014: ElGendy’s case is referred to the Criminal Court’s Department 16, which handles terrorism cases.
October 8, 2013: ElGendy is brought before the prosecution and formally charged.
October 6, 2013: ElGendy is arrested by two men in civilian clothes.

On October 6, 2013, Abdelrahman Mohamed Mostafa ElGendy was sitting in the family car, with his father, when they were both arrested by two men in civilian clothes without a warrant. That day, ElGendy and his father had driven to take photographs of the demonstrations, however, it is believed that they were considered by the authorities to be affiliated with the Muslim Brotherhood, and therefore involved in the demonstrations, because ElGendy’s father had a beard.

25 hours after his arrest, ElGendy was brought before the prosecution and formally charged with multiple offences including “murder”, “illegal gathering” and “belonging to a banned group.” Despite being only 17 years old, ElGendy was detained with adults and subjected to humiliating maltreatment during his pre-trial detention. On April 17, 2014, a mass trial began whereby ElGendy and 67 other defendants were tried indiscriminately, with no attempt by the prosecution to establish individual culpability. During the trial, ElGendy’s lawyer asserted that he was a minor at the time of the alleged offences. However, ElGendy and 62 other defendants were still convicted as adults and were each sentenced to 15 years in prison, followed by five years of probation and a fine of 20 thousand Egyptian pounds.

Within 60 days of the judgement, an appeal was filed before the Court of Cassation, however, because ElGendy’s birth certificate had not been included in the appeal documents, his sentence was still confirmed. Despite the court’s obligation to ensure that potential minors are identified and sentenced accordingly, further legal efforts to have ElGendy’s sentence reconsidered have subsequently failed. In March 2016, the Court of Cassation annulled the fines for all 68 defendants, including ElGendy’s. The five defendants who were sentenced as minors also had their sentences reduced from ten to three years imprisonment and had their five year probation periods cancelled. However, as ElGendy had been sentenced as an adult, his sentence was still confirmed.

On March 31, 2017, ElGendy’s name was included in the official list of prisoners awaiting presidential pardon. ElGendy’s father was released that same year, however, ElGendy remained imprisoned in the high-security block of Tora Prison, Cairo. Following a review of his case by the Public Attorney and after six years in prison, on January 12, 2020 ElGendy was released. His case is now being retried in the Juvenile Court.