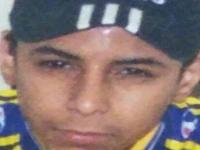 On June 16, 2003, Ahmad Al Hossan – 16 years-old at the time – was arrested from Hadibyah Mosque in Mecca by the Mabahith security forces. They did not present an arrest warrant nor give any reason for his arrest.

The security forces then took Al Hossan to the Mabahith Prison where, in January 2004, he was forced under torture to sign and fingerprint a self-incriminating statement that he was not allowed to read beforehand.

In February 2004, Al Hossan was transferred to Al Ha’ir Prison in Riyadh. He was held incommunicado between July 21, 2007 and 2014 and was only moved out of solitary confinement for very brief periods between 2005 and 2008.

More than 11 years after his arrest, on October 20, 2014, Al Hossan was informed of the charges against him for the first time in a closed hearing before the Specialised Criminal Court. They included “hosting individuals who have strayed in his house” and “planning with them terrorist attacks”. Al Hossan was denied access to a lawyer throughout his interrogation, custody and trial. During the hearing, he was sentenced to 44 years in prison.

While in Al Ha’ir Prison, Al Hossan has been forcibly injected with an unknown sedative on at least eight occasions, leaving him temporarily paralysed. In addition, he suffers from chronic neck pain due to beatings, which have made it impossible for him to walk. Al Hossan’s mental health has deteriorated, with his speech becoming incomprehensible. Despite this, he has been denied regular and adequate medical care.

Al Hossan denies all the charges against him and a number of complaints have been lodged on his behalf, including with the Ministry of Interior and the Saudi Human Rights Association. In 2013, a request for release on the basis of his health was granted by Prince Mohammad Bin Nayef, but to no avail.

Al Hossan has been denied his right to appeal his sentence.