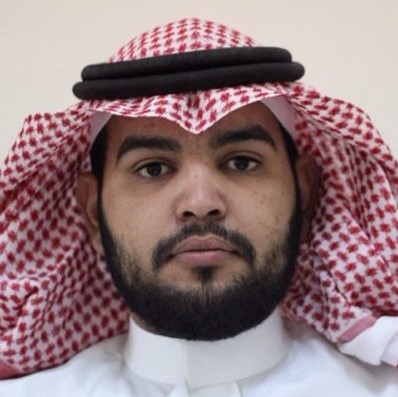 Human rights defender Abdulaziz Al Shubaili was sentenced to eight years in prison and an eight-year travel and social media ban upon his release, following an unfair trial before the Specialised Criminal Court (SCC). He was convicted on the basis of charges that stemmed directly from the exercise of his rights to freedom of expression and association. Al Shubaili’s sentence was upheld on appeal in May 2017.
Latest Updates
November 21, 2019: The Working Group on Arbitrary Detention issues Opinion 71/2019, stating that Al Shubaili is being detained arbitrarily and calling on the authorities to immediately release him.
October 9, 2019: Ahead of the 10-year anniversary of ACPRA’s founding, MENA Rights Group and ALQST submitted his case to the Special Rapporteur on the situation of human rights defenders and the Special Rapporteur on the rights to freedom of peaceful assembly and of association.
August 8, 2019: MENA Rights Group submits request for Opinion to the UN Working Group on Arbitrary Detention.
September 17, 2017: Arrested in the province of Al Qassim and held in Onayza Prison.
May 15, 2017: Sentence upheld by the SCC’s court of appeal.
May 29, 2016: Sentenced to eight years in prison and an eight-year social media and travel ban upon release.
April 9, 2015: Secret trial commences before the SCC.
March 2015: Informed of additional charge related to his cooperation with the UN human rights mechanisms and international non-governmental human rights organisations.
July 2014: Officially informed of the charges against him for the first time.
November 18, 2013: Summoned for interrogation by the Interrogation and Prosecution Department in Al Qassim.

Al Shubaili was summoned by the Interrogation and Prosecution Department in Al Qassim on four occasions between November 18, 2013, and December 17, 2013.

Al Shubaili was officially informed of the charges against him for the first time in July 2014. They included “incitement to demonstrate”, “harming the credibility of religious authorities and the Saudi authorities by describing them as a police state which violates human rights”, “disturbing public opinion by accusing security authorities and high officials of repression, torture, summary execution, enforced disappearance and human rights violations” and “refusing to comply with a court decision concerning the dissolution of ACPRA”.

In March 2015, he was informed of the additional charge of “communicating with foreign organisations”, which referred to his cooperation with the United Nations human rights mechanisms and international non-governmental human rights organisations.

Al Shubaili’s secret trial before the SCC commenced on April 9, 2015. He was sentenced to eight years in prison, as well as an eight-year social media and travel ban upon his release. In addition, he was coerced into signing a pledge promising not to “repeat” the incriminating acts.

Despite the fact that a prison sentence was issued against him, Al Shubaili was not detained immediately. In the context of a decades-long crackdown against civil society in the country, the Saudi authorities often withhold the implementation of court verdicts against activists and human rights defenders in order to use the threat of imprisonment against them and thus prevent them from carrying out their work for the longest time possible.

On July 24, 2016, Al Shubaili lodged an appeal against his sentence with the SCC’s court of appeal. Al Shubaili’s sentence was upheld on May 15, 2017.

On September 17, 2017, Al Shubaili was arrested in the province of Al Qassim. He is currently held in Onayza Prison.

On November 21, 2019, after MENA Rights Group submitted a request for an opinion, the Working Group on Arbitrary Detention (WGAD) adopted Opinion 71/2019. In its Opinion, the WGAD stated that Al Shubaili had been “the target of persecution” as a result of exercising his fundamental rights and asserted that “such sharing of information and ideas through online media cannot reasonably qualify as posing threats against morality, public order and the general welfare in a democratic society.” In light of this, the WGAD emphasised that Al Shubaili was being detained arbitrarily and called on the authorities for his immediate release.