On June 1, 2018, Yemeni journalist Marwan Al-Muraisy disappeared following his arrest in Saudi Arabia. One year on, his family is still waiting for answers.

“A year has passed and we haven’t heard anything about you and our fear for you increases every day. It was the longest year for us, full of bitterness and sadness and we aged years, and the question remains where are you and what happened to you. Forgive me my brother, I wasn’t able to do anything for you – I hate my helplessness and lack of hope. Return to us safely.” – Marwan Al-Muraisy’s family

One year has passed since Yemeni journalist Marwan Al-Muraisy disappeared following his arrest by Saudi Arabia’s National Security forces in Riyadh. In May 2019, his family was able to make contact with him for the first time in nearly a year. However, his relatives continue to be denied information regarding his whereabouts as well as the charges against him.

On June 1, 2018, Al-Muraisy returned to his home in Riyadh after visiting a hospital where his five-year-old son was receiving treatment. Upon his return, he was arrested by officers from the National Security forces dressed in civilian clothing and forcibly taken to an unknown location.

Despite never making any public statements regarding Saudi politics, there is reason to believe that Al-Muraisy was arrested because he is viewed as an influential journalist, who has refused to publically show his commitment to the Saudi government by partaking in official campaigns or yielding to orders about what to write.

Al-Muraisy moved to Saudi Arabia in 2003, and began his career as a digital media, creative content and e-marketing journalist. He has since worked for several Saudi media outlets including TV channels Al-Majd and Al-Resalah. He has also appeared as a guest on a number of television programmes, including in June 2016, when he made a television appearance with the well-known scholar and cleric Salman Al Odah, during which he discussed the growth of his Twitter followers and new online tools for conveying information to Arab audiences. Al Odah was later arrested in September 2017 as a result of a tweet in which he called for mediation between the Qatari and Saudi authorities in the context of the Gulf diplomatic crisis.

The accession of Mohammed Bin Salman to the position of crown prince in July 2017 has seen a mass crackdown on peaceful dissenting voices in Saudi Arabia under the guise of fighting corruption and extremism. Hundreds of individuals from all sectors of society, including journalists, academics and members of the royal family have been arbitrarily arrested or disappeared simply for speaking out against the authorities or failing to publically pledge their support for the regime.

In January 2019, MENA Rights Group requested the intervention of the UN Special Rapporteur on freedom of expression with the Saudi authorities to call for Al-Muraisy’s immediate release.

One year on from Al-Muraisy’s disappearance, we reiterate our call for his release, and urge the Saudi authorities to immediately cease their crackdown on dissenting voices and to build a safe and enabling environment for freedom of expression. 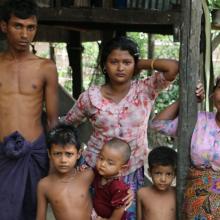