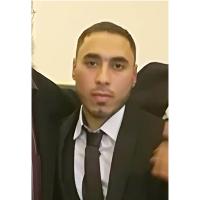 Taha Al Falah is a Syrian refugee from Homs currently living in Tripoli, Lebanon, where he works as a construction worker. On December 11, 2018 at 3:30 p.m., 10 members of the Information Department of the General Security raided Al Falah’s home and arrested him. He was then taken to an unknown location. The arrest was witnessed by his relatives, who believe that he was arrested for not possessing a valid residency permit.

The General Security is the government body in charge of monitoring foreign nationals including Syrian refugees currently living in Lebanon. On December 12, 2018, Al Tallah’s family tried to enquire about his fate and whereabouts at the local headquarters of the General Security, but they were told that he was not detained in any of their detention facilities. He was released without charge on December 14.