In a joint letter to 48 ministries of foreign affairs from all regional groups at the UN, 40 human rights organisations call on states to advance a resolution at the Human Rights Council addressing ongoing human rights violations in Saudi Arabia. 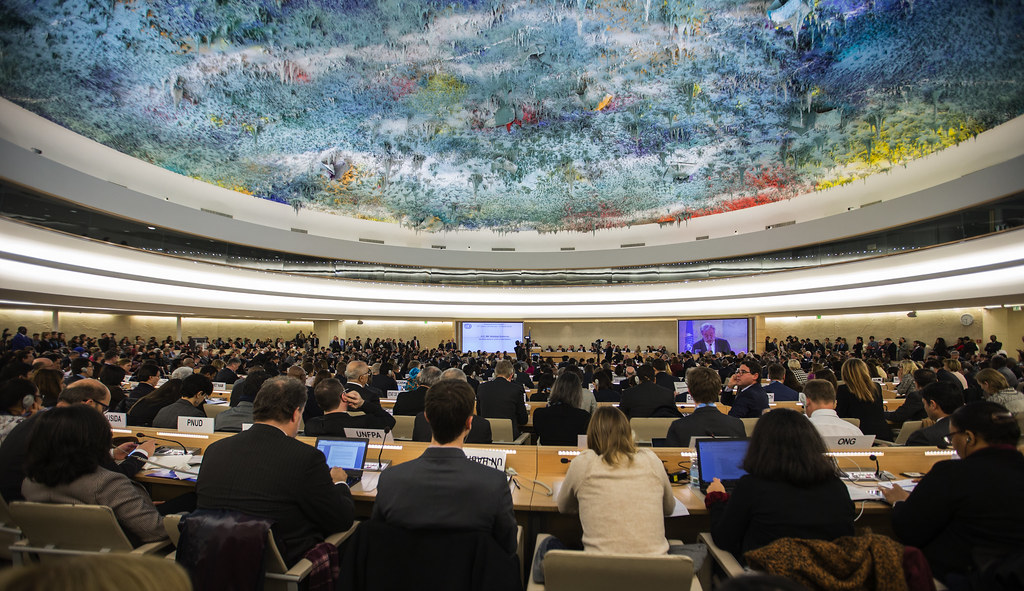 In a letter published on June 26, the organisations called on Member States to establish a monitoring mechanism over the human rights situation in the country. The letter also calls on states to urge the Saudi government to immediately and unconditionally release all individuals held in arbitrary detention, investigate allegations of torture, abolish the male guardianship system, and establish an immediate moratorium on the use of the death penalty.

The letter places particular emphasis on the ongoing detention of women human rights defenders in the country, expressing concern over the lack of any credible and effective investigations into their allegations of torture and ill-treatment in detention, as well as over the fact that those who have been brought to court are facing unfair trials.

The organisations welcomed the joint statement delivered on behalf of 36 states during 40th session of the HRC in March 2019, which marked an unprecedented condemnation of Saudi Arabia’s rights record at the HRC. Among other issues, the states called on Saudi Arabia to release detained human rights defenders and ensure that those responsible for the killing of Jamal Khashoggi were held to account.

Today’s letter notes that this statement “signified that no State is above scrutiny for its human rights record,” and urged Member States to build on the statement by introducing a resolution at the HRC.

“For this scrutiny to remain effective, it must be sustained. This is particularly the case where the State concerned fails to respond positively to calls by the HRC, the High Commissioner, UN Special Procedures, and treaty bodies whose recommendations are directed at remedying violations of Saudi Arabia’s international human rights law obligations,” the letter reads.

The organisations envision a resolution being introduced at the HRC’s 42nd session in September. As Saudi Arabia’s final session as a member of the Council, this marks the last opportunity to call on the government to take meaningful steps to uphold its membership obligations.

These calls are especially pertinent considering the letter was published on the same day UN Special Rapporteur Agnes Callamard presented the findings of her human rights inquiry into the killing of Saudi journalist Jamal Khashoggi. In her report, the Special Rapporteur concluded that the state of Saudi Arabia is responsible for the premeditated extrajudicial execution of Khashoggi.

During a side event that took place in the margins of the UN Human Rights Council on June 25, Callamard highlighted that Khashoggi’s killing constituted an “international crime” which violated key principles of international and interstate relations, emphasising that “the world cannot afford to turn a blind eye”.

Khashoggi’s fiancée, Hatice Cengiz, who joined Callamard on the panel of the event, expressed hope that the Special Rapporteur’s report would drive an international response, and urged states to prioritise justice and human rights over trade interests.

The joint letter proposes that a resolution introduced before the HRC would represent an important step towards ensuring Saudi Arabia is held accountable for it human rights violations.

The letter ends by recognising the March joint statement “as a first step towards more sustained and dedicated review by the HRC in its efforts to hold its members accountable”, emphasising that “[i]t is imperative that the Council continues to engage with Saudi Arabia so as to ensure that prompt and effective measures are taken to address the ongoing human rights violations in the country.”

The full joint letter, including the list of 40 signatories, can be found here.