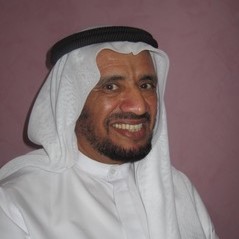 On March 4, 2013, the trial of Al Shaiba Al Nuaimi before the State Security Chamber within the Federal Supreme Court in Abu Dhabi began. He was informed of the vague charges brought against him, namely “establishing and running a secret organisation seeking to oppose the basic principles of the UAE system of governance and to seize power and having links and affiliations to organisations with foreign agendas”. On March 9, 2013, he was transferred to Al Razeen prison.

On July 2, 2013, Al Shaiba Al Nuaimi was sentenced to 10 years' imprisonment, followed by three years’ probation. He was denied the right to appeal to a higher jurisdiction.

On November 22, 2013, The UN Working Group on Arbitrary Detention adopted Opinion No. 60/2013 and considered the detention of Al Shaiba Al Nuaimi to be arbitrary. It described, inter alia, that the arrest had resulted from the exercise of the rights to freedom of opinion and expression and to freedom of peaceful assembly and association.

Despite the request of the Working Group to release Al Shaiba Al Nuaimi and to provide him with compensation, he is currently still detained at Al Razeen prison.

On March 9, 2021, MENA Rights Group submitted follow-up information on Al Shaiba Al Nuaimi’s situation to the UN Working Group on Arbitrary Detention. Since the issuance of the Opinion, his family is frequently prevented from visiting him for several months and he has been placed in solitary confinement.