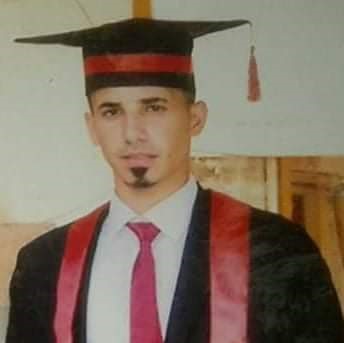 On November 13, 2015, Omar Al Farraji was arrested and abducted by members of the Hezbollah Brigades, at Al Razaza Checkpoint in Al Anbar Province, whilst fleeing to safety. His fate and whereabouts remain unknown.
Latest Updates
May 26, 2020: MENA Rights Group and the Iraqi War Crimes Documentation Center request the urgent intervention of the UN Committee on Enforced Disappearances.
November 13, 2015: Al Farraji is arrested at Al Razaza Checkpoint and disappears.

Between August 2014 to November 2017, the town of Al Qa'im, in the Al Anbar Governorate, was under the control of the Islamic State in Iraq and the Levant (ISIL). During this period, many families fled from Al Qa'im, to safer areas.

In order to leave the Al Anbar Governorate, individuals had to pass through Al Razaza Checkpoint, which was considered to be the main crossing point between the Governates of Al Anbar and Karbala. The checkpoint is close to Amiriya, a city in the Fallujah district of Anbar province.

On November 13, 2015, Omar Al Farraji was fleeing from Al Qa'im, with his family, to Baghdad, where he had secured work in a hospital. Whilst at Al Razaza Checkpoint, he was arrested and disappeared by members of the Hezbollah Brigades, a militia which was responsible for controlling the checkpoint at the time.

On May 26, 2020, MENA Rights Group and the Iraqi War Crimes Documentation Center requested the urgent intervention of the UN Committee on Enforced Disappearances, urging the Iraqi authorities take urgent action to locate him, place him under the protection of the law, and identify the perpetrators.