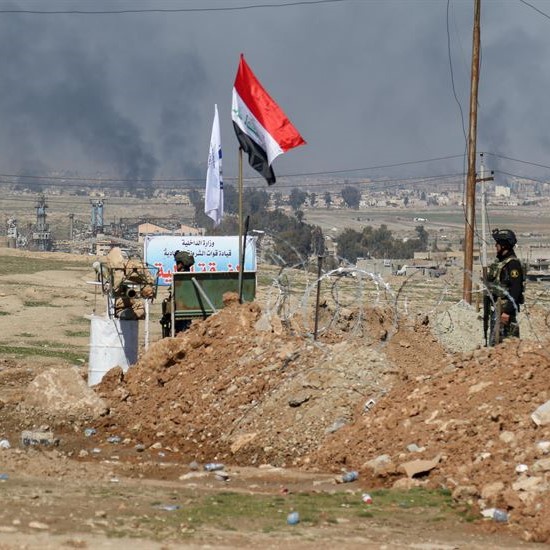 Mosul and its surrounding regions were under the control of the Islamic State in Iraq and the Levant (ISIL) until October 2016, when efforts to liberate the territory from ISIL control began. In early March 2017, the Badush region was liberated and efforts to secure the area began. On March 15, 2017, Mohammad Earan was stopped and abducted at a check-point on the outskirts of Badush village, which was controlled by a militia of the Popular Mobilisation Units (PMU).

Earan was one of several people who disappeared at the check-point on March 15, 2017. His abduction was witnessed by relatives with whom he was travelling.

The PMU, an umbrella organisation composed of several militias,  was formally integrated into Iraq’s security forces on March 8, 2018. These militias supported the Iraqi armed forces during the fight against ISIL. It is reported that between 2014 and 2017, the PMU were responsible for disappearing numerous individuals of, or perceived to be of, the Sunni faith—particularly those who were from, or lived in, areas that were under ISIL control.

In February 2018, Earan’s family hired a lawyer in order to locate his whereabouts, to no avail. The family attempted to locate Earan again in February 2019 when they searched for his name in the list of detainees’ at Baghdad’s Al Taji prison, but were unable to find Earan’s name on the list. However, since his abduction, Earan’s family have received various reports of sightings of Earan by former detainees.