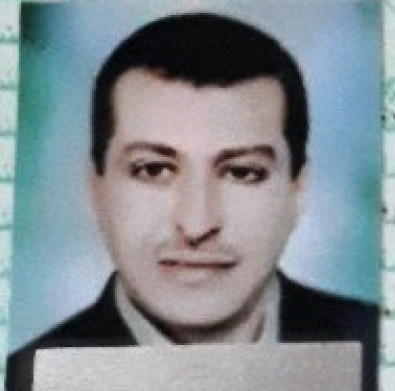 On November 9, 2014, Hazim Al Obaidi was arrested by Iraqi security forces during a raid on his house in Baqubah. His fate and whereabouts remain unknown to date.
Latest Updates
July 18, 2019: MENA Rights Group requests intervention of UN Committee on Enforced Disappearances.
June 2015: Family enquires about his fate and whereabouts in detention centres in Baqubah area, Baqubah Court’s Investigation Chamber, Central Criminal Court and the local police station.
November 9, 2014: Al Obaidi is arrested from his home by Iraqi security forces.

On November 9, 2014 at around 8 p.m., four members of Iraqi security forces wearing military uniforms and driving a Nissan pickup truck – a vehicle typically used by Iraqi security forces –raided Hazim Al Obaidi’s house in Baqubah. During the raid, they handcuffed and arrested Hazim Al Obaidi and took him to an unknown location. The arrest was recorded by the cameras of businesses located nearby the house. His fate and whereabouts remain unknown to date.

Hazim Al Obaidi’s family enquired about his fate and whereabouts in all detention centres in Baqubah area, but to no avail. On June 10, 2015, the family submitted a complaint to the Investigation Chamber in Baqubah Court and another one week later to the Central Criminal Court in Baghdad, as well as to the local police station. They never had any results.