Faez Al Nuaimi disappeared since 2004 arrest by U.S. army during the battle of Fallujah

Faez Al Nuaimi disappeared since 2004 arrest by U.S. army during the battle of Fallujah 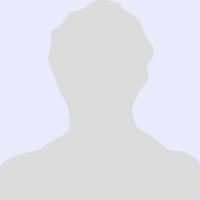 On November 9, 2004, Al Nuaimi travelled by foot from his home toward Fallujah’s industrial neighbourhood to buy some goods for his home. This was during the Second Battle of Fallujah, a joint U.S., British and Iraqi offensive that took place between November 7 and December 23, 2004, against the Iraqi insurgency in Fallujah. According to his neighbours, who witnessed the events, Al Nuaimi was shot and injured by U.S. soldiers who suspected that he belonged the insurgency. They then forced him to go with them to an unknown location.

Al Nuaimi’s family filed his case with the Commission of Inquiry on the Disappeared. They also searched for him in hospitals and places of detention in Fallujah in December 2004, but to no avail. They remained unaware of his fate and whereabouts until March 2011, when two former detainees informed them that they had seen him in Camp Bucca and Camp Cropper in 2005 and 2006. Both facilities were then under U.S. control. Mr Al Nuaimi's family assumes that he was later handed to the Iraqi authority in the context of the U.S. withdrawal from Iraq.