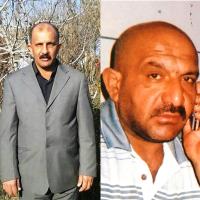 Brothers Ahmed and Mohammed Al Janabi were disappeared from Musayib in the Bablyon Province, in two separate incidents that took place 15 minutes apart on June 16, 2014. It is believed that they were arrested by officers from Division 8 Brigade 31, 1st and 4th Regiment, as well as the 1st Brigade Reconnaissance Battalion of the Iraqi Army.
Latest Updates
May 6, 2019: MENA Rights Group and Al Wissam Humanitarian Assembly request urgent intervention of the UN Committee on Enforced Disappearances.
June 16, 2014: Arrested from Musayib in two separate incidents which took place 15 minutes apart. Family enquires about victims’ fate and whereabouts at Al Hamia military camp, Al Hamia Prison and the police station in Musayib.

At around 1 p.m. on June 16, 2014, while on his way back from taking passengers to Baghdad in his taxi cab, Ahmed was stopped and arrested by a number of masked officers dressed in military clothes at a checkpoint close to Musayib’s main bus station.

Fifteen minutes after Ahmed’s arrest, at 1.15 p.m., a group of 15 military officers, some in military uniforms and masks, arrived at Ahmed’s brother Mohammed’s home. Mohammed was ill and in bed at the time. Eight of the military officers entered the house and went into the room where Mohammed was resting. They beat him, tied his hands and blindfolded him, and forced him into their Chevrolet Silverado, before driving towards an unknown location.

It is believed that Ahmed and Mohammed were arrested by officers from Division 8 Brigade 31, 1st and 4th Regiment as well as the 1st Brigade Reconnaissance Battalion of the Iraqi Army.

Ahmed and Mohammed’s fate and whereabouts remains unknown to date.