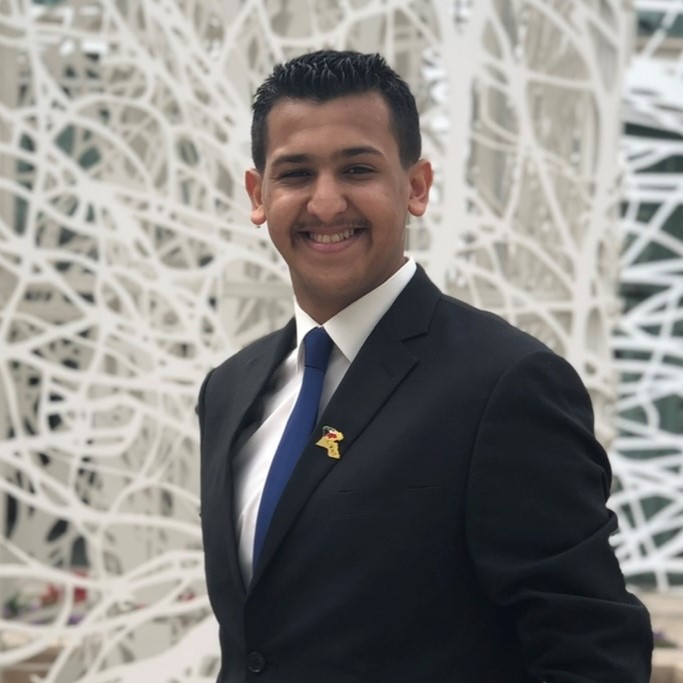 Salman AlKhaldy, a Kuwaiti national who had been living and studying in Qatar, was sentenced, in absentia, to five years in prison for sharing posts on Twitter condemning the murder of Saudi Journalist Jamal Khashoggi. He is now seeking asylum in the United Kingdom.

Salman AlKhaldy is a Kuwaiti activist who had been living and studying in Qatar. On March 25, 2021, AlKhaldy shared several posts on Twitter that were critical of the role of Saudi Crown Prince, Mohammed Bin Salman, in the murder of Saudi journalist Jamal Khashoggi.

While travelling from Qatar to Kuwait overland, AlKhaldy was stopped at the Saudi border on December 25, 2021 and told that he was banned from entering Saudi Arabia for 25 years. Months later, on April 7, 2022, AlKhaldy was notified via text message that the Saudi ambassador in Kuwait had pressed charges against him, under article 4 of the Kuwaiti Penal Code’s chapter on state security Law. The text message also summoned him for questioning at the Kuwaiti State Security that same month. AlKhaldy, however, was unable to attend the investigations because of his studies and out of fear of reprisals.

AlKhaldy’s case was referred to the High Criminal Court in the State Security Department in Kuwait on April 10, 2022 and his trial began on May 23, 2022. When he was given notice of the first court session, AlKhaldy chose not to return to Kuwait and instead travelled to the United Kingdom on May 21, 2022, where he applied for asylum.

AlKhaldy was tried in absentia and, on June 6, 2022, was sentenced to five years in prison with hard labour for committing a “hostile act” against Saudi Arabia.

Such decision constitutes a breach of article 19 of the International Covenant on Civil and Political Rights (ICCPR), which Kuwait ratified in 1996. The conviction of AlKhaldy is also indicative of the increasing number of prosecutions of Kuwaiti nationals who express public criticism of the Saudi authorities.

On June 28, 2022, MENA Rights Group and ALQST for Human Rights submitted a communication to the UN Special Rapporteur on the promotion and protection of the right to freedom of opinion and expression, calling on her to urge the Kuwaiti authorities to drop the conviction against AlKhaldy and end practices of harassment against individuals engaging in acts that are protected under the right to freedom of expression.

June 28, 2022: MENA Rights Group and ALQST for Human Rights raise the case of AlKhaldy with the UN Special Rapporteur on Freedom of Opinion and Expression.
June 6, 2022: The High Criminal Court sentences AlKhaldy to five years in prison and hard labour, in absentia.
May 23, 2022: AlKhaldy’s trial begins before the High Criminal Court of the State Security Department in Kuwait.
May 21, 2022: AlKhaldy flees Qatar for the United Kingdom where he applies for asylum.
April 7, 2022: AlKhaldy is notified of the complaint filed against him by the Saudi ambassador in Kuwait.
December 25, 2021: AlKhaldy is stopped at the Saudi border and told he is banned from entering Saudi territory for 25 years.
March 25, 2021: AlKhaldy criticizes on Twitter the role played by Mohammed Bin Salman in the murder of Saudi journalist Jamal Khashoggi.