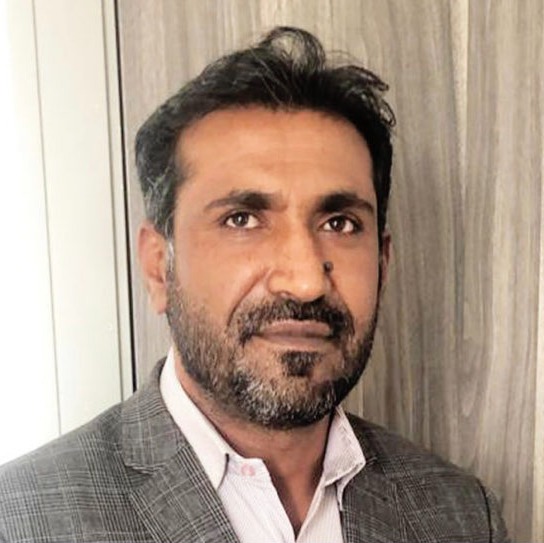 Abdul Hafeez Muhammad Ramzan is a Pakistani businessman who had been residing in the United Arab Emirates (UAE) since 2012. On January 27, 2022, he was arrested and forcibly disappeared by UAE security forces before being deported to Pakistan on February 2, 2022, in violation of article 3 of the UN Convention against Torture, which the UAE has ratified. In May 2022, Ramzan was seen in Karachi Central Prison in Pakistan.

On January 26, 2022, at around 7:30 pm, six Emirati security officials, dressed in civilian clothing arrived in three cars at the building where Abdul Hafeez Ramzan and his family were residing. Two of these officials identified themselves as belonging to the Security Industry Regularity Agency (SIRA), while four of the officials identified themselves as members of the Dubai Police’s Criminal Investigations Department (CID). However, there are reasonable grounds to believe that the officials in fact belonged to the State Security Directorate since they were dressed in civilian clothing. In addition, after Abdul Hafeez Ramzan’s disappearance, the family went to the CID office in Dubai to enquire about him; however, the CID officials at the CID office said there was no record of him and denied having any knowledge about his case.

After arriving at Abdul Hafeez Ramzan’s residence building, the six officials waited for four hours in the parking lot, until Abdul Hafeez arrived home from work at 12:30 a.m. As soon as he arrived, they arrested him, without providing a warrant nor a justification for the arrest. The officials then placed him in a black SUV and took him to an unknown location. As the arrest was taking place, two members of the Security Industry Regularity Agency (SIRA) confiscated the CCTV camera records located in the parking lot.

That same day, Abdul Hafeez Ramzan’s family filed a complaint with the Dubai Police at Al Khawaneej Police Station, to no avail. Following his disappearance, Abdul Hafeez’s family also obtained his immigration papers from the Emirati authorities, which included a “Certificate for Entry or Exit” that indicated that Abdul Hafeez was deported on February 2, 2022, to Karachi, Pakistan, where he faces a high risk of torture and other forms of persecution.

Since Abdul Hafeez was his family’s only sponsor in the UAE, his deportation means that his family is now also at risk of being deported to Pakistan, where they also face a high risk of torture and other forms of persecution.

Abdul Hafeez fled Balochistan, Pakistan, to the UAE, following the targeted killing of his 60-year-old father in 2012 and the torture and killing of his younger 13-year-old brother in 2010 by Pakistani intelligence services. In 2018, Ramzan’s cousin Rashid Hussain Brohi, who had been living in the UAE at the time and was an activist in the Baloch National Movement in Pakistan, was also arrested by UAE security forces, forcibly disappeared, and deported to Pakistan. Brohi’s fate and whereabouts have remained unknown since.

Pakistani security forces have been accused of forcibly disappearing hundreds of ethnic Baloch individuals on the mere suspicion of being involved in the Baloch nationalist movement. According to Voice for Baloch Missing Persons (VBMP), since 2009 more than 1,400 missing persons who were abducted by Pakistani security forces were found dead, with their bodies riddled with bullets and drill holes.

On February 9, 2022, MENA Rights submitted the case of Abdul Hafeez and his family to the UN Special Rapporteur on Torture and Other Cruel, Inhuman or Degrading Treatment or Punishment calling on the UN expert to urge the Emirati authorities not to deport or forcibly return Abdul Hafeez Ramzan’s family and respect the principle of non-refoulement.

In May 2022, months after Abdul Hafeez Ramzan’s deportation to Pakistan, his family learned that he is being detained at the Central Prison in Karachi and is being tried by the Anti-Terrorist Court (ATC) on various charges brought against him by the Pakistani authorities.