On September 19, 2019, during the 42nd session of the UN Human Rights Council (HRC) in Geneva, MENA Rights Group co-organised a side event highlighting the discriminatory practices of arbitrary detention, enforced disappearances and the application of the capital punishment in Saudi Arabia. 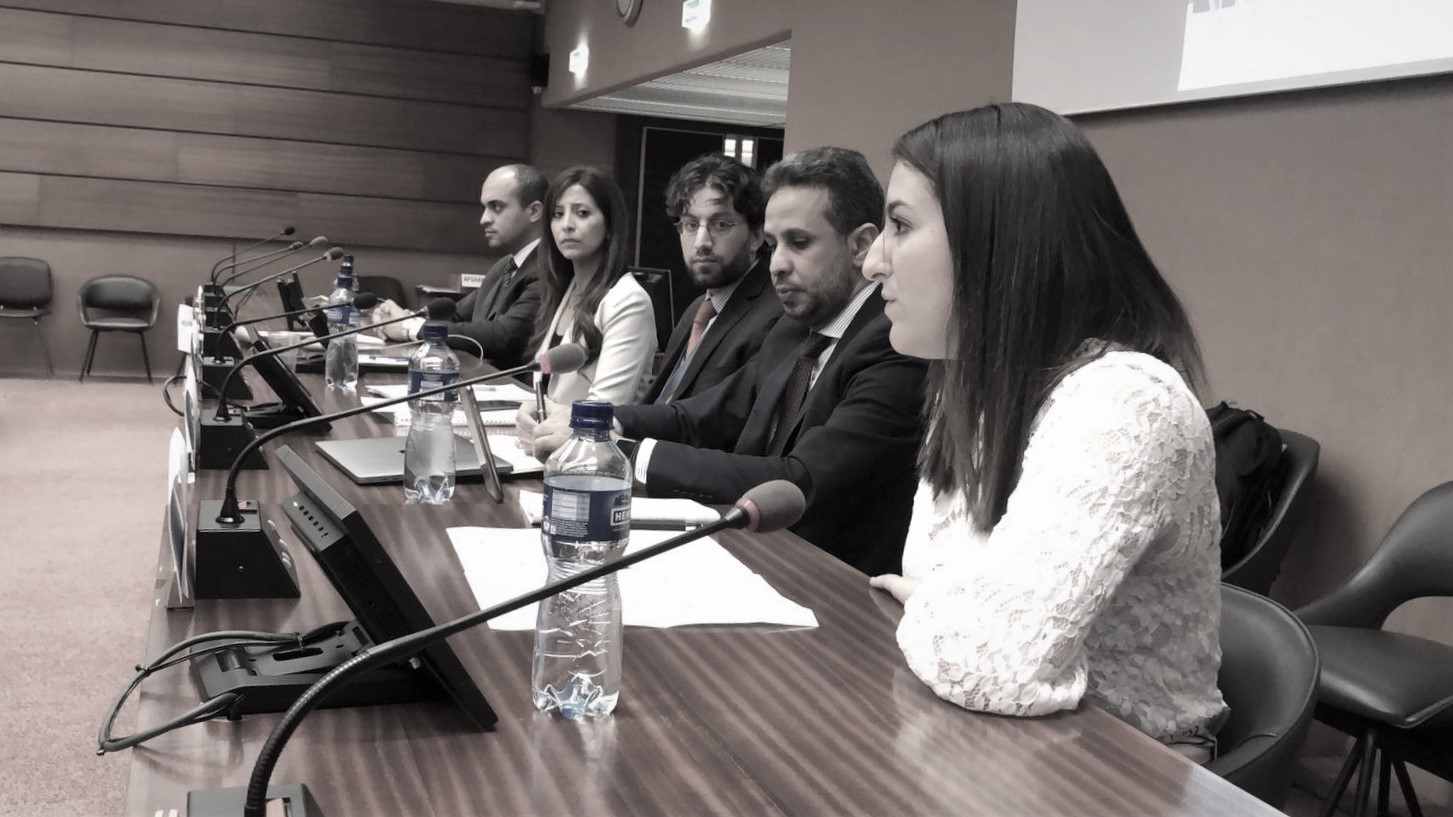 In his introduction, Tyler Pry recalled that in March 2019, 36 states delivered a joint statement before the HRC calling on Saudi Arabia to release human rights defenders and ensure those responsible for killing of Jamal Khashoggi are held to account; and that in June, Agnes Callamard presented the results of her investigation into the murder of Khashoggi. Despite this, Pry stated that rights abuses in Saudi Arabia required further scrutiny by the HRC.

In her introductory remarks, Dr Callamard emphasised Saudi Arabia’s responsibility in the killing of Saudi journalist Jamal Khashoggi, who was brutally assassinated in the Saudi consulate in Istanbul on October 2, 2018. In June 2018, when she released her report outlining the Saudi government’s various violations of human rights law in regards to the killing, she elaborated that “[Saudi authorities] continued to treat the execution of Mr. Khashoggi as a domestic matter, and have ignored the repeated violations of international law that characterize the execution of Mr. Khashoggi.” Furthermore, since presenting her report to the HRC three months ago, Dr Callamard remarked that many states have seemingly “returned to business as usual” in regards to responding to Saudi Arabia’s various other human rights violations.

Ali Dubisi raised the issue of the capital punishment in the country, noting that numerous individuals continued to be executed for charges that do not meet the threshold of “most serious crimes”. He further recalled that in April 2019, 37 men were executed, including six who were minors at the time the offence, in violation of international human rights standards.

While discussing the enforced disappearance of her brother, who was abducted from his workplace in Riyadh one and a half years ago, Areej Al Sadhan urged the international community to take action on his behalf, emphasising: “My brother is a peaceful person. His only fault, if any, is expressing his peaceful opinion. Which is a human right.”

Yahya Assiri underlined how the murder of Jamal Khashoggi had shed light on the severity of human rights abuses committed by the Saudi authorities, citing a sharp increase in cases documented since the ascension of Mohammed Bin Salman, including cases of enforced disappearances. Assiri called on civil society organisations to use their voice to prevent the normalisation of states’ relationship with Saudi Arabia.

Inès Osman, Director of MENA Rights Group, recalled that on March 14, 2019, the HRC formally adopted the Universal Periodic Review (UPR) outcome of Saudi Arabia after the country’s human rights record was examined by UN member states on November 5, 2018. During the UPR, 96 states made 258 recommendations on a wide range of topics including the death penalty, counter-terrorism legislation, freedom of expression and association, women’s rights, the ratification of international treaties and the war in Yemen.

Although Saudi authorities committed to accept over 70% of recommendations made by UN member states during their UPR in March 2019, she pointed out that none of the recommendations have been effectively implemented to date.  Instead, Saudi authorities have increasingly been charging peaceful human rights defenders with terrorism-related charges, “instead of narrowing the definition of terrorism, on the contrary [Saudi authorities] have increasingly used the law […] to forcibly disappear, detain, and execute people, the majority of whom for peacefully exercising their fundamental rights and freedoms.”

She ended by calling on Member States of the HRC to put more pressure on the Saudi authorities to uphold their international obligations, without which the standing and authority of the world’s top human rights body would be undermined in the eyes of the world.