On December 1st, 2020, MENA Rights Group and 20 other NGOs submitted a joint letter to call on the Human Rights Council's Asia-Pacific Group to refrain from considering Bahrain for President of the Council. In the light of the country's deteriorating human rights record, the election of Bahrain would fundamentally undermine the integrity of the Council:

To the Asia-Pacific Group,

We the undersigned NGOs are writing to oppose consideration of Bahrain for President of the Human Rights Council (HRC) ahead of the upcoming meeting by the Asian Pacific Group.

We contend that Bahrain’s ongoing suppression of fundamental civil liberties, systematic violations of human rights, routine use of reprisals against activists, journalists, and human rights defenders and the government’s steadfast refusal to cooperate with UN human rights mechanisms renders it an unsuitable candidate for President of the HRC. For these reasons, we strongly recommend that states of the Asian Pacific Group vote against Bahrain’s bid for the Presidency.

Despite Bahrain’s occupying a seat on the HRC since 2018, the human rights situation in the country has continued to worsen. In 2017, Bahrain abandoned a moratorium on the use of the death penalty and has since executed six people, at least five of whom received unfair trials and alleged being tortured into providing false confessions. 25 of the 27 individuals on death row in Bahrain have exhausted all legal remedies, placing them at imminent risk of execution.

Over the past three years, Bahrain has intensified a crackdown on all forms of dissent, severely curtailing freedom of expression, assembly and association. Political opposition parties have been outlawed and their leaders jailed on questionable charges. The free press has suffered sustained attack. The government shuttered Bahrain’s only independent newspaper in 2017 and Bahrain fell to 169th on Reporters Sans Frontiers 2020 World Press Freedom Index, making Bahrain’s civil society among the most repressed in the world; at least six journalists currently remain imprisoned. Over the last year, Bahrain has increasingly targeted individuals over their social media activity, including opposition leaders, human rights defenders, top defence lawyers and children as young as 14. In July, Bahrain’s government introduced legislation outlawing criticism of government policy, further restricting space for dissenting views.

The crackdown on civil society in Bahrain is ongoing and the country features consistently in the Secretary General’s reports on reprisals for cooperation with the UN in the field of human rights. Despite being party to numerous international treaties and conventions which enshrine the protection of freedom of expression, association, assembly and religion, including the International Covenant on Civil and Political Rights, Bahrain continues to repress civil society and target individuals for exercising these fundamental rights.

The 2020 report on Cooperation with the United Nations, its representatives and mechanisms in the field of human rights, details that multiple UN actors identified “alleged intimidation and reprisals from 2017 to 2019 against Bahraini human rights defenders and civil society representatives seeking to cooperate or cooperating with the UN”. Reprisals reportedly included “arbitrary arrest, abuse and ill-treatment in detention” and intimidation has allegedly been exerted through “travel bans and restrictions to prevent engagement” with UN human rights mechanisms. Multiple civil society representatives reported “self-censorship, and refrained from directly engaging with the UN, either by not submitting alternative reports to reviews by the treaty bodies, or by not travelling to Geneva for treaty body or [HRC] sessions in 2019 and 2020.” According to research by the Committee to Protect Journalists, Bahraini authorities barred three journalists from traveling overseas in 2017, ahead of the UN HRC’s planned UPR session on Bahrain.

The report further reiterated the concerns published in 2019 on reprisals against human rights defenders (HRDs) Sayed Ahmed Alwadaei, Nabeel Rajab and Ebtisam Al Saegh for engaging with UN mechanisms. One of Alwadaei’s family members remains imprisoned, in what the Working Group on Arbitrary Detention (WGAD) deemed in 2019 to be “acts of reprisal” for his human rights activism in the UK. Bahrain has also continued to arbitrarily deprive activists, journalists, and human rights defenders of citizenship, reaching a peak of 901 individuals last year. At least 292 remain denaturalised, including Sayed Ahmed and other prominent activists and opposition figures.

Refusal to Cooperate with HRC and Special Procedures

As a HRC Council member, Bahrain should “uphold the highest standards in the promotion and protection of human rights, and fully cooperate with the Council,” while its rights record must be subject to the highest levels of scrutiny. Since 2006, the government of Bahrain has refused to allow UN Special Rapporteurs and the High Commissioner access to the country. Notably, despite repeated recommendations, Bahrain has refused to invite the Special Rapporteur on torture and other cruel, inhuman or degrading treatment or punishment.

In light of the country’s deteriorating human rights record and its contempt for both UN treaties and mechanisms, the election of Bahrain to President would fundamentally undermine the integrity of the HRC. We thus urge Member States to oppose Bahrain’s nomination, until the government can demonstrate tangible and permanent improvements to the human rights situation in the country.

1. Americans for Democracy and Human Rights in Bahrain (ADHRB)

12. International Movement Against All Forms of Discrimination and Racism (IMADR)

17. The African Centre for Democracy and Human Rights Studies ACDHRS 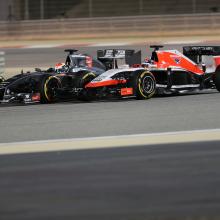 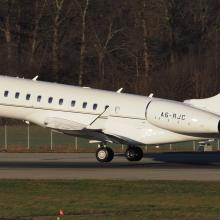