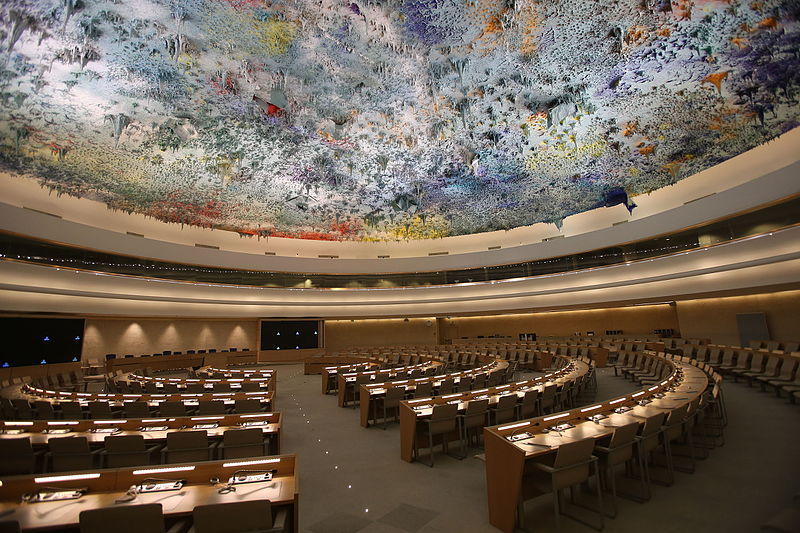 On March 14, 2019, the UN Human Rights Council (HRC) formally adopted the Universal Periodic Review (UPR) outcome of Saudi Arabia after the country’s human rights record was examined by UN member states on November 5, 2018. During the November review, 96 states made 258 recommendations on a wide range of topics including the death penalty, counter-terrorism legislation, freedom of expression and association, women’s rights, the ratification of international treaties and the war in Yemen.

The HRC invited Saudi Arabia to report back to the Council on which recommendations it had chosen to accept no later than the 40th session of the HRC, which began on February 25, 2019. On February 26, the Saudi government submitted its outcome report (see outcome report), in which it highlighted the 186 recommendations it had chosen to accept. On March 14, the HRC formally adopted this outcome.

As civil society organisations, we wish to highlight a number of significant recommendations that have been accepted by Saudi Arabia in order to provide the international community with a tool to ensure these recommendations are implemented swiftly and effectively. In accepting these recommendations, Saudi Arabia has committed to implementing them fully ahead of its next UPR in 2023. In the coming years, the international community must ensure that the Saudi authorities put the commitments they have made into action.

Women’s rights: Saudi Arabia accepted a number of recommendations pertaining to the promotion of women’s rights and gender equality. Unfortunately, several of these recommendations used vague language, meaning it will be difficult to measure implementation. However, Saudi Arabia did accept a recommendation made by Iceland (122.65) to “ensure women’s equality with men before the law and the enjoyment of all human rights, including the rights to freedom of movement, education, employment, marriage, and protection from violence in the home and family”, as well as a similar recommendation made by Belgium (122.66). Furthermore, the state accepted a recommendation calling on it to “adopt further measures to ensure gender equality and expand the rights and opportunities for women” (122.201), alongside a number of recommendations calling on it to review, reform, or outright abolish the male guardianship system (122.202- 219).

Yemen: Saudi Arabia accepted a number of strong recommendations on Yemen, including to “ensure full and total consideration of international humanitarian law” (122.71), “protect civilians, particularly children, in all military operations in Yemen, take precautionary measures and prevent indiscriminate use of force” (122.80), and to “create legal mechanisms which would allow full, impartial and independent inquiries into human rights violations committed by the coalition forces while conducting operations in Yemen […]” (122.81).

Counter-terrorism: Worryingly, Saudi Arabia rejected a recommendation made by Canada to “remove provisions in the 2017 counter-terrorism law that call for incommunicado detention” (122.87).  However, the state did commit to ensuring that its counter-terrorism legislation “complies with international human rights norms, including by revising the broad definition of terrorism and no longer making it applicable to non-violent expressions” (122.90).

Torture and ill-treatment: Saudi Arabia accepted recommendations to “adopt further steps to prevent torture, cruel and degrading treatment in prisons and detention centres” (122.116) and to “implement legal reforms to ensure proper legal process and to prevent secret and indefinite detention” (122.117). Saudi Arabia also accepted a recommendation calling on it to “establish a reliable complaint mechanism for detained persons and include in the national legislation clear provisions for the compensation of victims of torture within detention units” (122.185).

As outlined above, Saudi Arabia has accepted a large number of recommendations which, if fully and effectively implemented, would significantly improve the human rights situation in the country. It is also worth noting the Saudi authorities outright rejected a number of key recommendations which show a severe lack of willingness to adhere to international human rights standards, particularly with regards to the death penalty and the rights of detainees.

During the oral statements made by civil society organisations following the adoption of Saudi Arabia’s UPR, Alqst and FIDH, among other organisations, strongly condemned the Saudi government’s rejection of recommendations to reform excessively broad legislation that restrict fundamental rights such as the Law on Associations, the  Counter-terrorism Law and the Cybercrime Law. The Right Livelihood Award Foundation and MENA Rights Group encouraged Saudi Arabia to put its words into action, noting that: “for it to be relevant, the UPR must not be an exercise in empty rhetoric.”

We are encouraged by an unprecedented condemnation of Saudi Arabia’s rights record made during the 40th session of the HRC on March 7 by 36 UN Member States. We urge the international community to maintain this pressure in the coming years by following up on the UPR outcome, as well as urging the state to reconsider its position on the issues it has shown no willingness to improve.

The HRC says the goal of the UPR is “the improvement of the human rights situation in every country with significant consequences for people around the globe.” If cooperated with in good faith, the UPR should result in real and meaningful improvements to the human rights situation on the ground. To achieve this goal, however, the international community must put pressure on Saudi Arabia to stand by its commitment to the UPR process. In this regard, states must prioritise human rights in their dealings with the country.