The Israeli government has continued to intensify its attacks on independent Palestinian human rights organizations and their staff, who regularly face smear campaigns, spurious accusations of links to terrorism as well as threats and intimidation, travel bans and movement restrictions, and arrest for their work. Independent Israeli and international organizations have also been targeted by Israel for their work documenting and advocating against Israel’s human rights violations. Israel’s actions clearly follow the pattern set by authoritarian states in the Middle East and North Africa (MENA) region and around the world.

This unprecedented designation is merely the latest escalation in Israel’s widespread and systematic institutionalized campaign that has aimed to silence and discredit any Palestinian individual or organization that dares seek accountability for Israel’s grave human rights violations, war crimes, and crimes against humanity. The “persecution of organizations and persons, by depriving them of fundamental rights and freedoms, because they oppose apartheid” is one of the methods used by Israel to maintain its domination and oppression over the Palestinian people.

On 18 October 2021, the Israeli Interior Minister announced the official revocation of the Jerusalem residency status of Palestinian-French human rights defender and lawyer Salah Hammouri based on “breach of allegiance” to the State of Israel, opening the way for more widespread use of residency revocation on this basis, putting thousands of Palestinians in Jerusalem at risk of arbitrary and punitive measures leading to their forcible transfer.

UN experts condemned the designations of the six NGOs as terrorist organizations “a frontal attack on the Palestinian human rights movement, and on human rights everywhere” and called upon the international community to “defend the defenders.” The UN High Commissioner for Human Rights called on Israel to revoke the designations, affirming that "claiming rights before a UN or other international body is not an act of terrorism, advocating for the rights of women in the occupied Palestinian territory is not terrorism, and providing legal aid to detained Palestinians is not terrorism". The designation has also been condemned by other international actors, including members of the US House of Representatives, European Parliamentarians as well as international civil society.

The designation presents a challenge to the international community, especially democratic states that speak out and support independent human rights organizations and defenders in other parts of the world. Remaining silent is insufficient given the urgent support and protection needs of the six organizations that are now at an additional risk of raids, confiscation of property and materials, closure of bank accounts, arrest of staff members, and closure of their offices. Israel’s attacks against these organizations pose an existential threat to independent Palestinian human rights organizations and civil society who work to monitor and document violations of human rights and provide basic services to the Palestinian people.

Further, the international community, especially the European Union and its member states who are key supporters of and donors to Palestinian civil society, should ensure that banks and financial institutions in their jurisdiction are notified Israel’s designation of Palestinian organizations is unfounded and inapplicable. 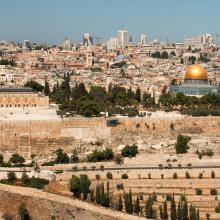 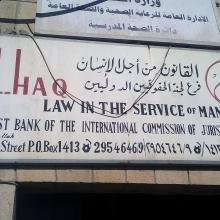