From 1st October 2021 to March 2022, the UAE is hosting the Dubai Expo, the first World Expo to be held in the Arab World. The event will explore the issues of sustainability, mobility and opportunity. The country claims that “when the world comes together, we create a better tomorrow”.

But “coming together to hear diverse voices” and “create a better world” isn’t possible when you lock up people for speaking their minds.  In the UAE, every single human rights defender has been exiled or imprisoned in violation of their right to freedom of expression. Not one of them has been invited to the Dubai Expo.

People who defend human rights are fundamental agents of change in our societies who call out the injustices and the abuses of power and seek out health, housing and food for everyone. The governments in the whole Middle East and North Africa (MENA) region must work hand in hand with them to jointly find solutions to the world’s most critical challenges and opportunities.

Over 20 human rights partners are launching the Alternative Human Rights Expo, a campaign to counter the narrative of “tolerance” and “openness” that the UAE claims to uphold and aims to feature at the Dubai Expo, and highlight the repression still happening in the country.

What do we want?

We call on the UAE and all MENA governments to be coherent and preach by example. It’s time to release activists from arbitrary detention, end reprisals against them and their families, and remove travel bans.

The campaign calls for the release of human rights defenders Ahmed Mansoor, Nasser Bin-Gaith, and three members of the group of prisoners known as the UAE94: Mohammed Al-Roken, Mohammed Al-Mansoori and Mohammed Abdul Razzaq Al-Siddiq.

How do we achieve this?

We make visible what’s happening in the UAE and show  the Emirati government and the world online and offline that we care about human rights defenders in prison!

What you can do?

There are several ways to support the campaign. The easiest one is to sign the petition which call on the UAE government to release Emirati human rights defenders arbitrarily detained and who are serving lengthy sentences simply for their human rights activities. We will deliver the signatures to the UAE authorities and this will be a powerful message that Emirati defenders matter to people around the world. 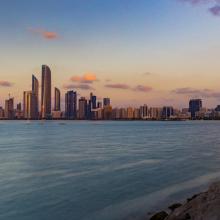