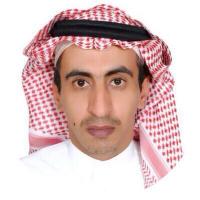 Saudi journalist and writer Turki bin Abdulaziz bin Saleh Al Jasser was arrested from his home in Riyadh on March 15, 2018. He remains missing to date. In November 2018, rumours emerged that he had died as a result of being tortured while in detention.
Latest Updates
November 2018: Rumours emerge that Al Jasser was tortured to death in detention.
March 15, 2018: Arrested from his home in Riyadh.

At around 11 p.m. on March 15, 2018, Turki Al Jasser was arrested from his home in Riyadh by Mabahith officers dressed in civilian clothes. They confiscated his wallet and electronic devices including his mobile phone and laptop, before forcing him to go with them to an unknown location.

It is believed that Al Jasser was disappeared by the Saudi authorities because he was suspected of administering the Twitter account Kashkool which shared information on human rights violations committed the by Saudi authorities and members of the royal family. The Mabahith typically oversee “crimes” related to harming the reputation of the state and/or its rulers.

In November 2018, rumours emerged that Al Jasser had died as a result of being tortured while in detention.